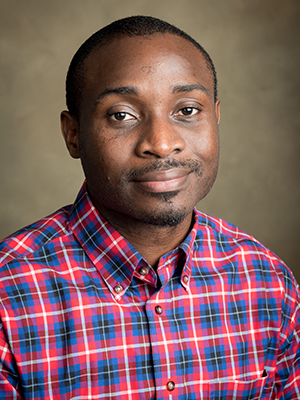 From the Cinema Studies event page:

The talk offers an overview of my new book, African Ecomedia. The book examines the ecological footprint of media in Africa alongside the representation of environmental issues in the continent’s visual culture. I show how, through visual media such as film, photography, and sculpture, African artists deliver a unique perspective on the socioecological costs of media production, from mineral and oil extraction to the politics of animal conservation. Examining film, photography, and video art by Pieter Hugo, Wanuri Kahiu, Fabrice Monteiro, Guy Tillim, and Zina Saro-Wiwa, I argue that African visual culture provides an especially revealing site for understanding the ecological footprint of media, and that it offers inspiring examples of the infinite resourcefulness necessary for an era of finite resources. The book is grounded in a broad sense of ecomedia that encompasses cultural artifacts including film and photography as well as resource media such as oil and uranium alongside their impacts on elemental media (fire, air, water, earth). It thereby offers a new model for ecological media studies in the twenty-first century. Following an introductory segment that explains the book’s argument and significance, I discuss scenes of oil extraction from Nigeria’s Niger Delta and of electronic recycling in Ghana, before concluding with analysis of reparative futuristic images of Lagos as model of sustainable urbanity.

Cajetan Iheka is Professor of English at Yale University, specializing in African literature, ecocriticism, ecomedia, and world literature. He is the author of Naturalizing Africa: Ecological Violence, Agency, and Postcolonial Resistance in African Literature (Cambridge University Press, 2018), winner of the 2019 Ecocriticism Book Award of the Association for the Study of Literature and Environment, and the 2020 First Book Prize of the African Literature Association. His new monograph, African Ecomedia: Network Forms, Planetary Politics, was published by Duke University Press in Fall 2021. The book positions Africa at the center of discourses on media ecologies, materiality, and infrastructure. Professor Iheka is editor of the MLA volume Teaching Postcolonial Environmental Literature and Media (2022). He also coedited African Migration Narratives: Politics, Race, and Space (University of Rochester Press, 2018), and Environmental Transformations, a special issue of African Literature Today. His articles have appeared or are forthcoming in refereed venues such as New Literary History, Cambridge Journal of Postcolonial Literary Inquiry, Interdisciplinary Studies in Literature and Environment, Environmental Ethics, Research in African Literatures, The Cambridge Companion to the Environmental Humanities, and the Oxford Handbook of Nigerian Politics. He currently serves as deputy editor of African Studies Review, the multidisciplinary journal of the African Studies Association.

This event is made possible thanks to the sponsorship of Penn's Program in Environmental Humanities and Cinema & Media Studies.