Born of students' desires for a more permanent place for environmental dialogue across disciplines, the Program in Environmental Humanities was founded in 2014 by the combined forces of Penn professor Bethany Wiggin and student Leah Davidson to create a fresh and unique forum for work on environmental issues.

In June 2017--after a three-year pilot supported by Penn's School of Arts and Sciences and the Green Campus Partnership--the Andrew W. Mellon Foundation awarded PPEH $1.5 million over the next four years to grow the environmental humanities at Penn and in the Philadelphia region. The award recognizes the significance of our pilot's four core commitments:

As the University works to make PPEH a permanent part of the School of Arts and Sciences, this generous Mellon award provides new research and teaching opportunities for faculty at Penn and regionally as well as for students, and enables the expansion of our public engagement initiatives in Philadelphia and beyond. More about the award is available here. 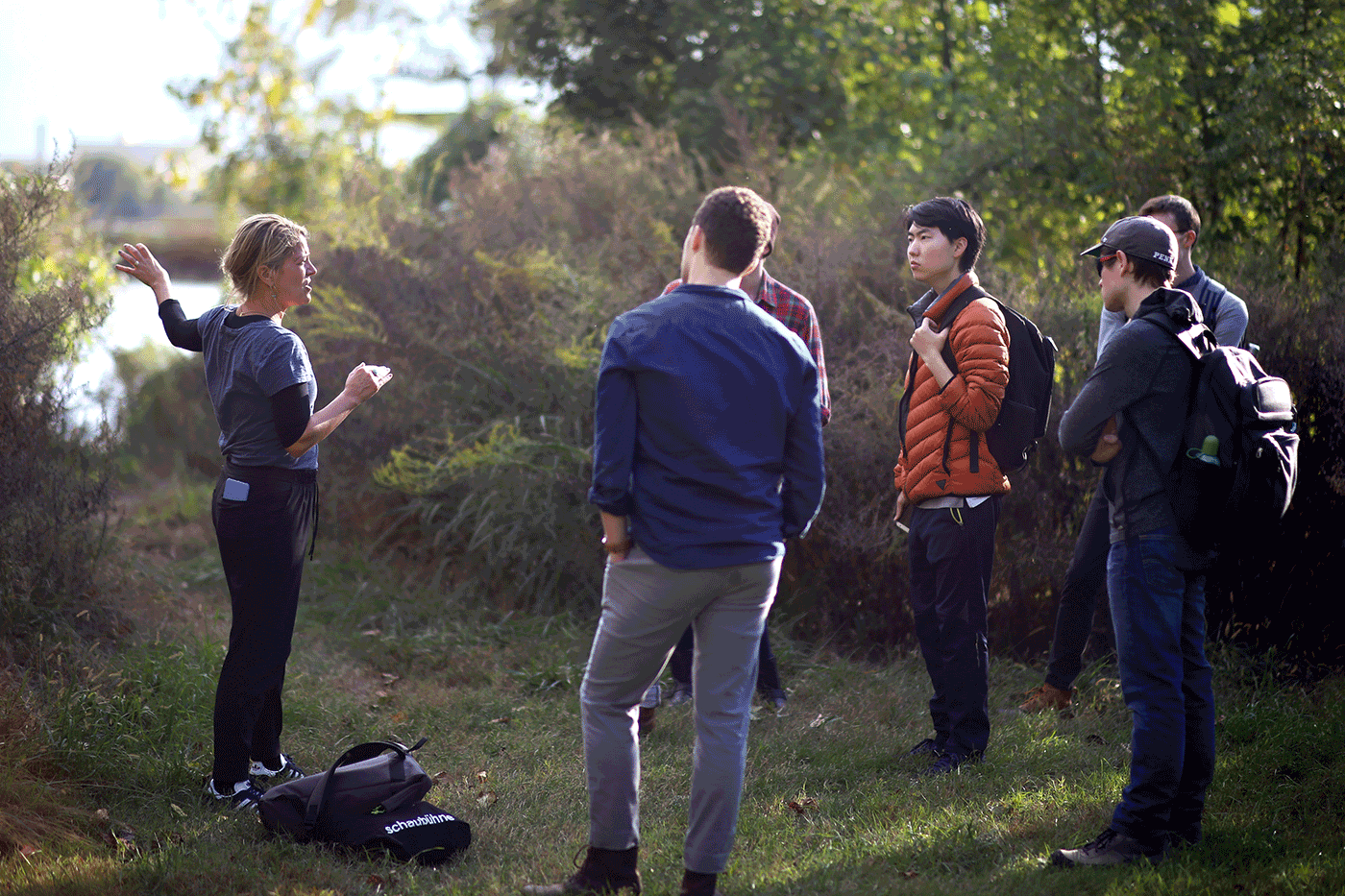 With start-up funding from the Green Campus Partnership in 2014, we supported student research fellowships. Our incredible first Fellows collaborated to write a Program manifesto (read it above!), build a website, and organize public programming on urban nature at Penn in cooperation with the Penn Humanities Forum as well as partners in Philadelphia, the Delaware and Schuylkill River Valleys, along the eastern seaboard, and across the globe.

In year two, we hosted our inaugural artist in residence, Mary Mattingly, opened our Lab at WetLand on the tidal Schuylkill River, and offered a series of five symposiums exploring the environmental humanities: the Curriculum for the New Normal. Organized around five key words--Faith, Performance, Resilience, Infrastructure, Engagement--the final symposium resulted in the launch of our place-based public research collective: the Schuylkill River & Urban Waters Research Corps which includes our public Research Seminar whose members have successfully co-authored grants from the National Fish and Wildlife Federation, the William Penn Foundation, the Pew Center for Arts and Heritage, Drexel University, and the University of Pennsylvania.

In year three, PPEH also received generous support from the Dean's Office of the School of Arts & Sciences as well as the Green Campus Partnership, and we embarked on a series of tenure-track faculty hires in the environmental humanities. We launched our Faculty Working Group, hosted new artists in residence (Composer Troy Herion, designer Mimi Lien, and director Dan Rothenberg of A Period of Animate Existence), offered competitive year-long research fellowships to graduate and undergraduate students across all Penn's schools, and organized a broad array of public engagement projects--from a conference on ecological time across the human and natural sciences; to the broadly interdisciplinary Schuykill Corps River Research Seminar; to the assemblage of an Ecotopian Toolkit and Tools to Restore WetLand in a time of rapid climate change; to an installation-as-mobile-archive that is easily re-installed and added to by our community partners; to creating research-quality copies of federal climate and environmental data and building Data Refuge. In addition to our Mellon award, PPEH faculty and graduate students were PI's or partners on other grants awarded in 2017.

We are proud of the success we've garnered and the opportunities before us. But to continue our core mission, we need you to get involved. Be in touch!