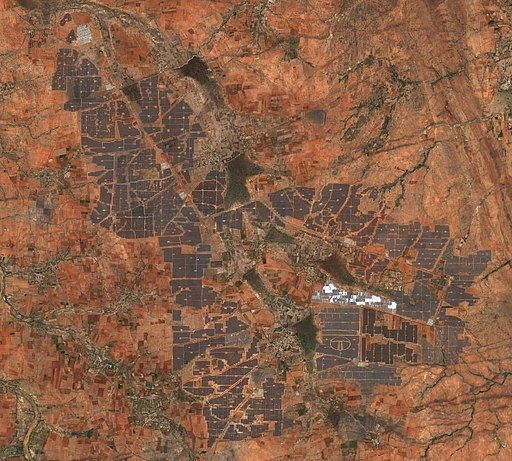 In the drought hit taluk of Pavagada, situated in the Tumkur district of the Southern Indian state of Karnataka, farmers have leased their agricultural lands to the government for a fixed annual price of $300 per acre. The leased land is being used to install panels for one of the world’s largest “ultra-mega” solar power parks, with the aim of feeding clean electricity into the national grid. Far from contesting the use of their agricultural lands for power generation, the farmers of Pavagada are finally earning an income from their arid, drought affected holdings. At first glance, this is a policy win and as such, is “environmentally just”: the farmers are being compensated, and the government is engaged in putting the arid land to productive use in an ostensibly environmental way.

This presentation takes a different approach to the Working Wednesday theme of environmental justice by asking: how might we articulate misgivings even as a community is (at least in the short run) benefitting from a socio-technical intervention as described above? Nandita Badami explores how our conceptions of “justice” as an object within environmental concern might be broadened to address analytics that are neither rights claims nor juridical demands, but instead engage the epistemologies in which such interventions are embedded to begin with.

Nandita Badami is a Postdoctoral Fellow with the Penn Program in Environmental Humanities. Her PhD in Anthropology from the University of California, Irvine, explored the politics of sunlight as a modern energy form, following the epistemic logics produced in the wake of its large scale enrollment into regimes of calculation and governmentality in India.

All sessions are open to the Penn community but require RSVP. Grab a lunch and join us on Zoom!