This past September at PPEH, Dr. Rahul Mukherjee, Assistant Professor of Television and New Media Studies, and Dr. Ben Mendelsohn, PPEH Mellon Postdoctoral Fellow hosted “Geosocial Encounters: Ecologies of Documentary Research and Practice,” a two-day symposium on how we come to know human-environment relations through experimental documentary, video art, and research in the environmental humanities. The following post is their reflection on the event.

Documentary arts have long been an important vector of critical spatial research, involved in reciprocal exchange with scholarly discourses about human-environment interaction, the production of space, and the interpretation of landscape and physical infrastructure as forms of spatio-temporal media that bear territorial, biopolitical, as well as expressive properties. Through two days of screenings, artist talks, and panels, Geosocial Encounters explored some of these collaborative and complementary links. Visiting artists presented their work in dialogue with film scholars, anthropologists, and media theorists, with sessions focusing on land and indigenous history, sonic ecologies, and architectural surfaces.

The event kicked off at Slought on Thursday, September 19th with two programs of short films. Filmmakers Adam Diller, Peter Bo Rappmund, and Shambhavi Kaul shared short landscape works and explored the ways they research a place through reading as well as embodied encounter. Anthropologist Cymene Howe screened her film, Not Ok, about a defunct glacier in Iceland, for which she and Dominic Boyer have recently erected the first known memorial to a dead glacier anywhere in the world. Day two continued with a series of papers and artists talks digging deeper into critical environmental research through, about, and in dialogue with experimental documentary film and video. We also paused the event in the middle of the day so attendees could participate in the Global Climate Strike at Philadelphia City Hall. 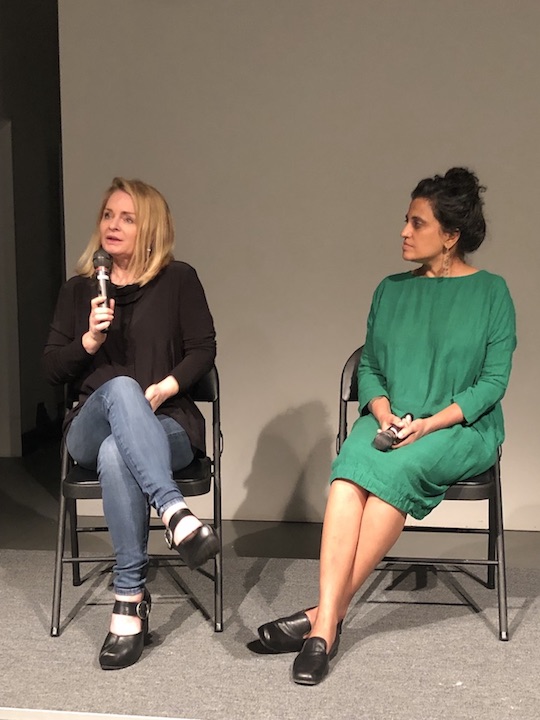 Cymene Howe (left) and Shambhavi Kaul answer questions from the audience following their screening at Slought on September 19th. 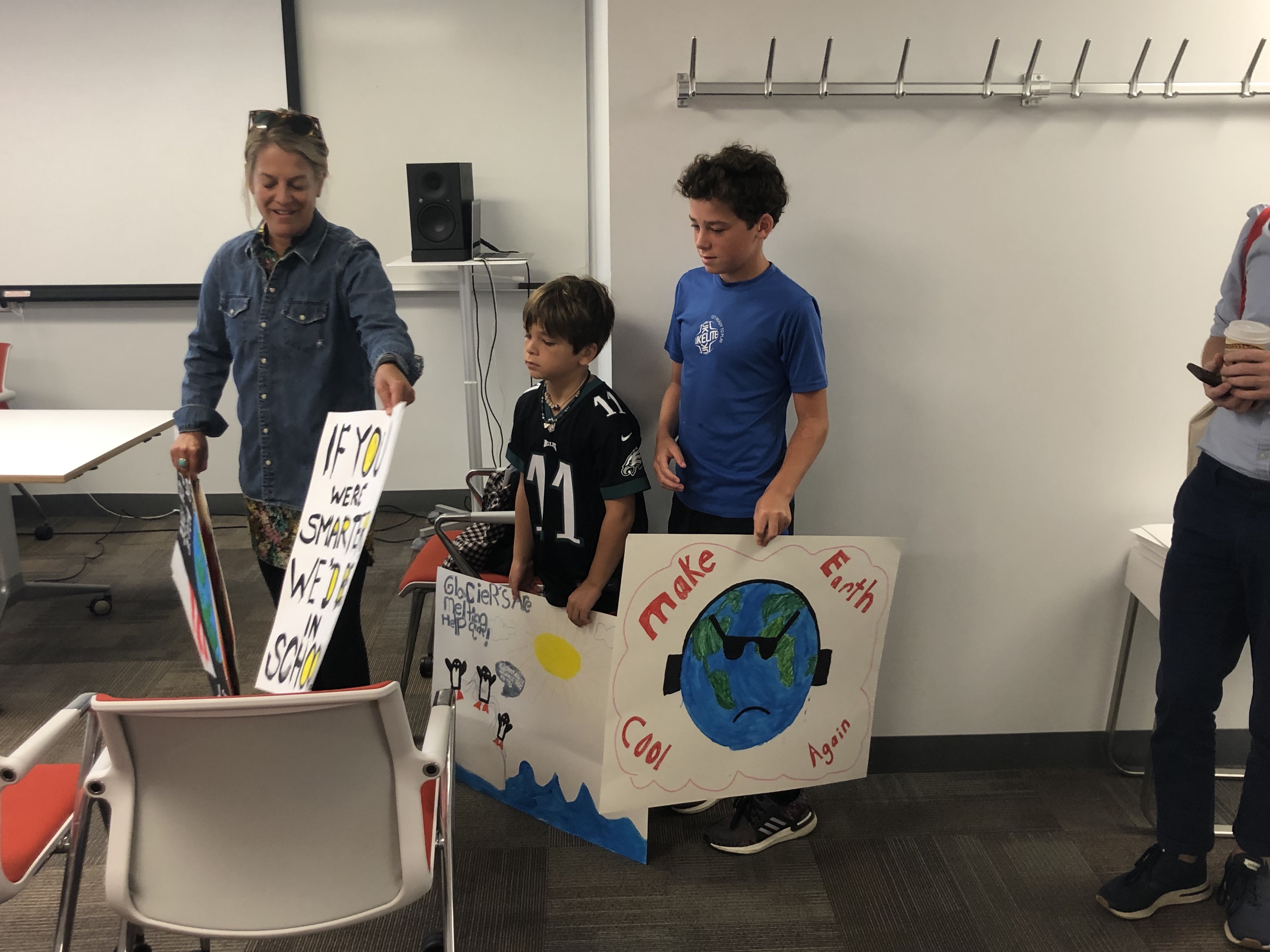 One discussion thread that emerged was thinking of the GeoSocial not in terms of verticality but much more laterally. Landscapes, as depicted in the works of Peter Bo Rappmund and Shambhavi Kaul, not only emphasized depth or digging as is often associated with geology, but were also about folds and surfaces. Rizavana Bradley also encouraged such a perspective in relation to the experimental projection work of the artistic duo Matthew Hironaka and Nadia Suib.  Another conversation thread emerged about the resonances and disjunctures across artistic practices and academic scholarship, the different sets of vocabularies theorists and practioners used to explain their ways/methods of approaching environments. 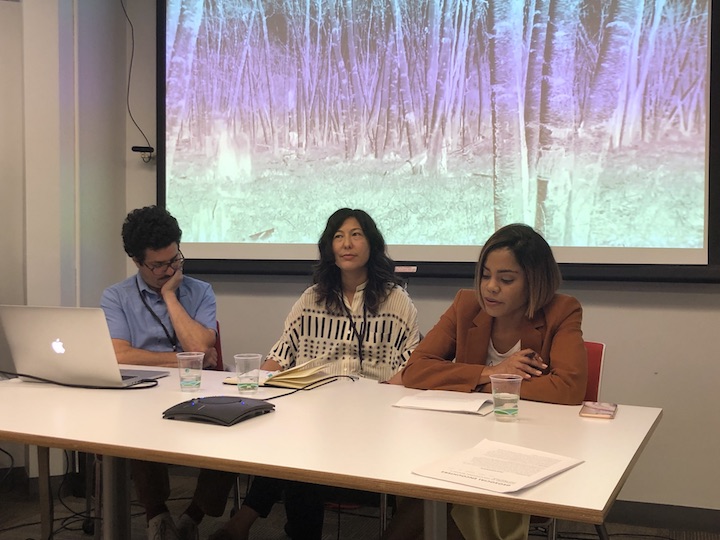 Participants left Geosocial Encounters convinced that when it comes to questions of landscape, planetary aesthetics, and how we come to know environmental change, experimental documentary arts belong at the table in dialogue with environmental humanities researchers. The conversations will continue in the coming months as participants explore opportunities to publish critical writing about these reciprocal relationships. 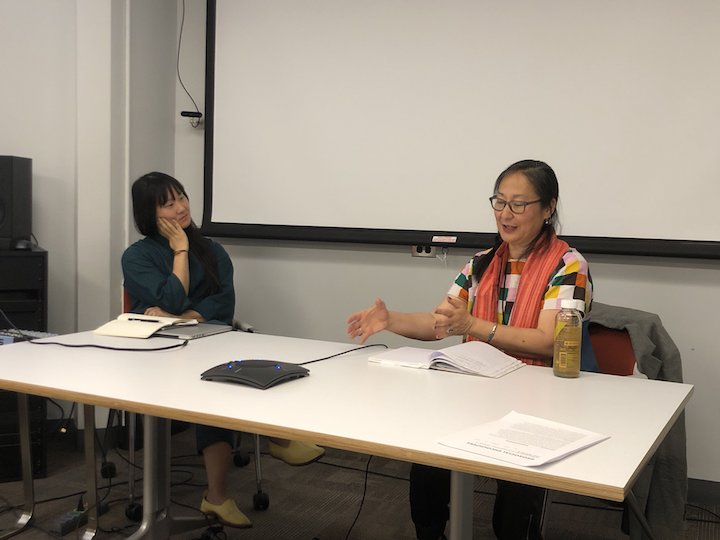