The following post is part of the Exploring the Environments of Modernity series, featuring the voices of some of the organizers and participants of a symposium that explored the conceptual arenas of "environment" and "modernity" in the humanities and social sciences. This post by Knar Gavin includes a poem with notes followed by an artist's statement. 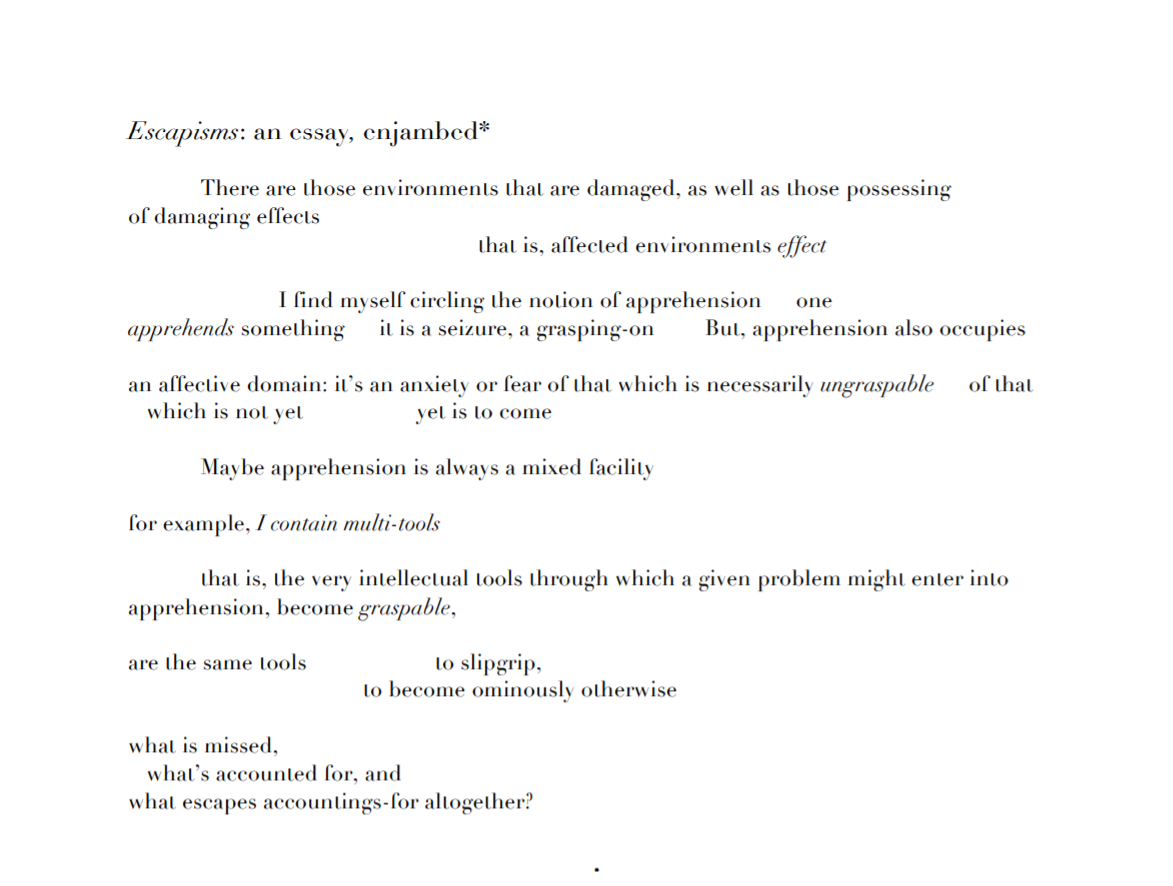 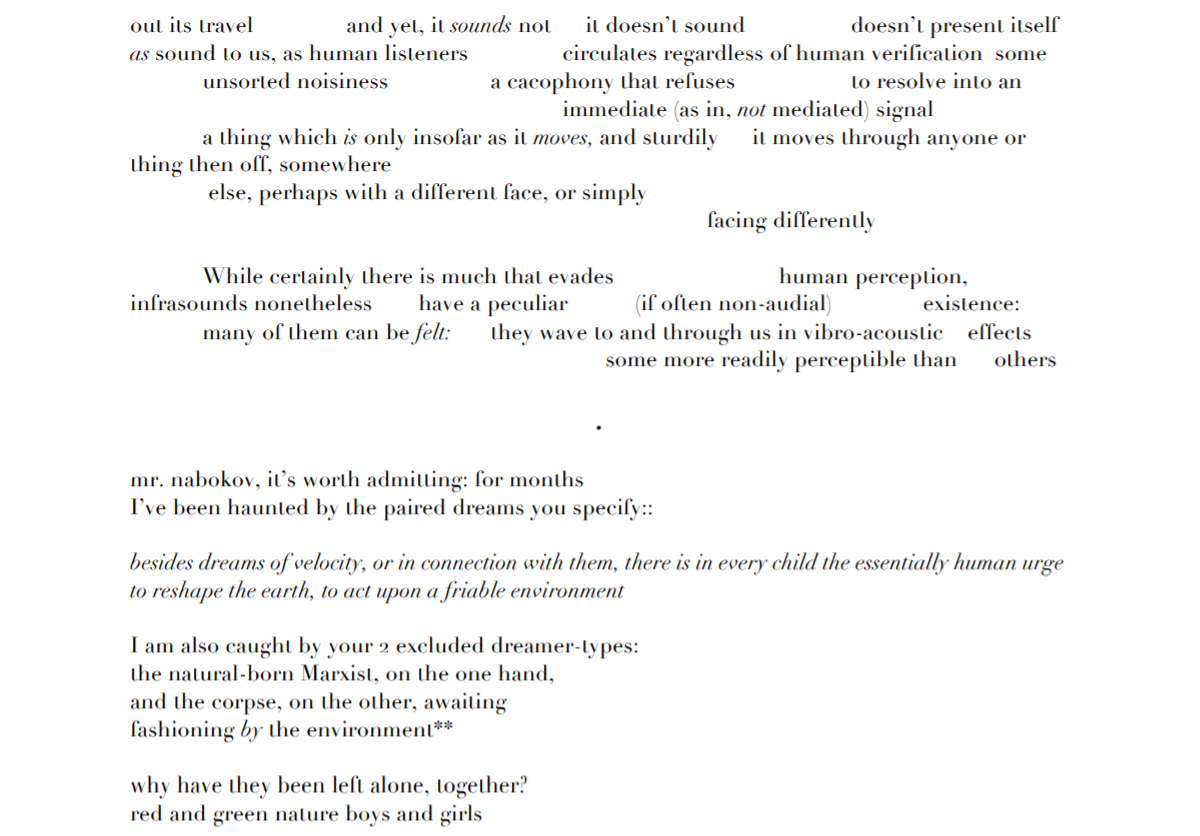 Notes.
* If you’d like to stride over or across any portions of this essay, please avail yourself to that striding motion (en + jamber – ‘to stride over’).

*** In this stanza, I refer to Douglas Kahn’s discussion of Lautréamont’s Les Chants de Maldoror in his book Noise Water Meat (MIT Press, 1999). Specifically, Kahn writes of “the power of the scream to create an instantaneous social space” that is “recuperated into a newborn self-consciousness” (pp. 6).

In the weeks following our Environments of Modernity symposium, I found myself reflecting on questions of narrative and method as they pertain to contemporary environmental thought: how do environmental issues become thinkable, and what work can be done to prepare for catastrophes (climatological or otherwise) that have yet to emerge? All too often, the social effects of environmental harm are unequally felt and inadequately contested. How might we heighten the legibility of these injustices while remaining appropriately deferential to that which we do not yet know or adequately understand about ecological systems (and humanity’s role within them)? What escapes when we apply a given method of “environmental” thinking? These are just a few questions that undergird this poem-form “enjambed essay.”

While I set out with a perhaps over-robust hope to address the dominant lines of inquiry that emerged over the course of the symposium, I instead found myself (or my poem found me) querying a constellation of ideas related to environmental affects and effects, apprehension and, more generally, modernity as it operates at varying speeds. My poem is also interested in the potential sonic dimensions of environmentalism, and it speculates on the notion of the “infrasonic” (those sounds which travel at frequencies beneath the lower limit of human audibility) to gesture toward environmental presences that evade immediate human detection yet might nonetheless be felt (while inaudible, a range of infrasonic sounds can be experienced as vibration in the body).

The poem hopes to remind us of the beyond of tools, and that the various environments we inhabit might at any moment transform into more thoroughly social spaces, filled with subjects open to ecological concerns and prepared to advocate on behalf of both the heard, the felt, and the of-yet-undetectable harm(s) that may be to come.

______
Knar Gavin is a second-year doctoral student in English at the University of Pennsylvania where she studies the shifting role of literary and media forms in the Anthropocene. She holds graduate degrees from Syracuse University and the Iowa Writers' Workshop, and her poetry appears in various venues, including AGNI, Poetry, GlitterMOB reallysystem, Birdfeast, Yemassee and The Journal.