Last week, we announced the five 2018 Ecotopian Toolkit artists and teams, each of whom will produce projects with PPEH that engage floating on/ sinking in/ and otherwise living with urban waters; and explore what it might mean to face contemporary ecological challenges with critically attuned and creatively oriented tools.

Over the next two weeks, we will introduce the Toolkit recipients and share glimpses of their work, ahead of the expanded launch of their projects over the next several months. 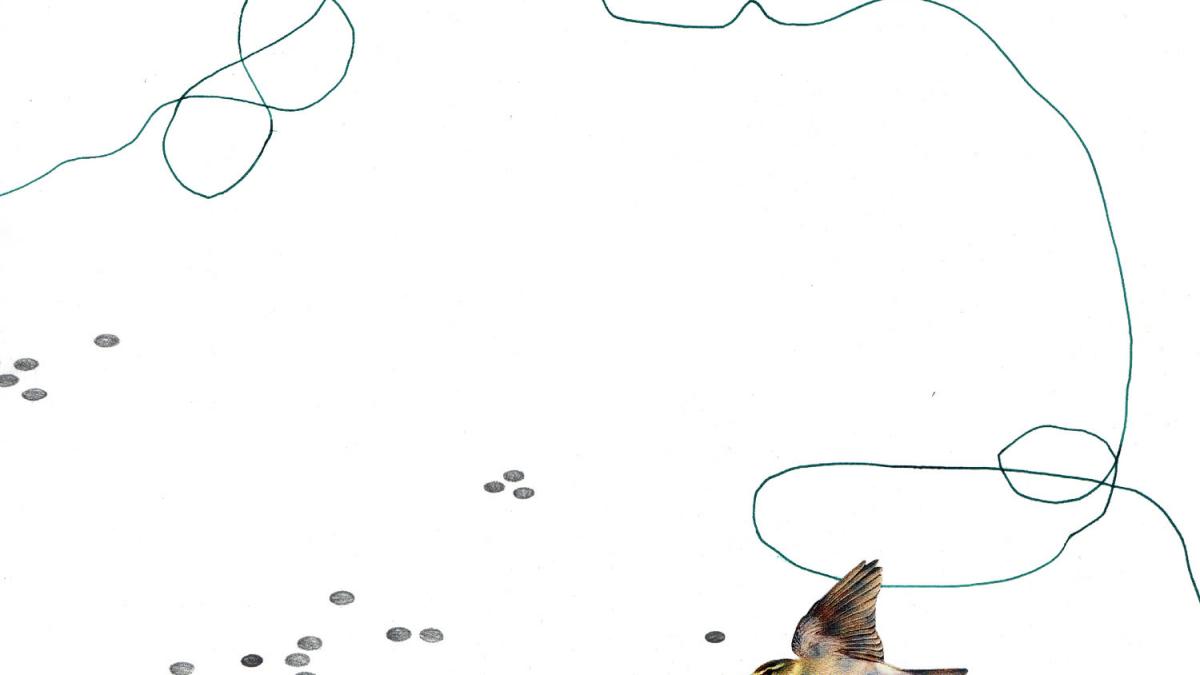 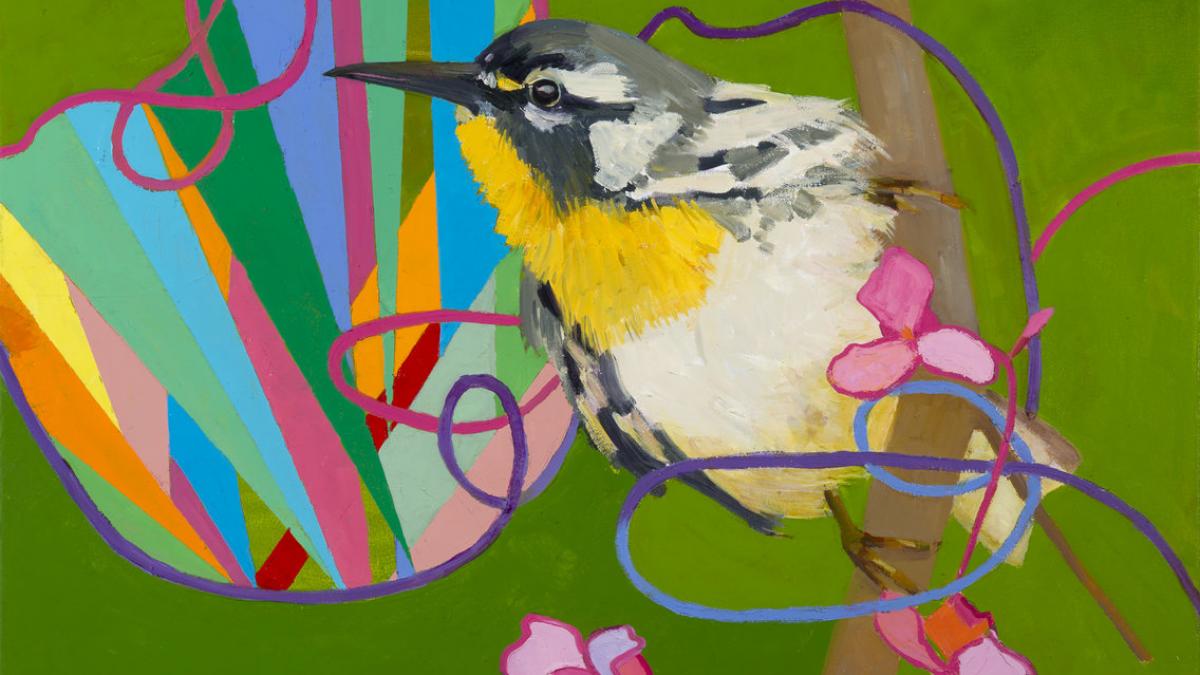 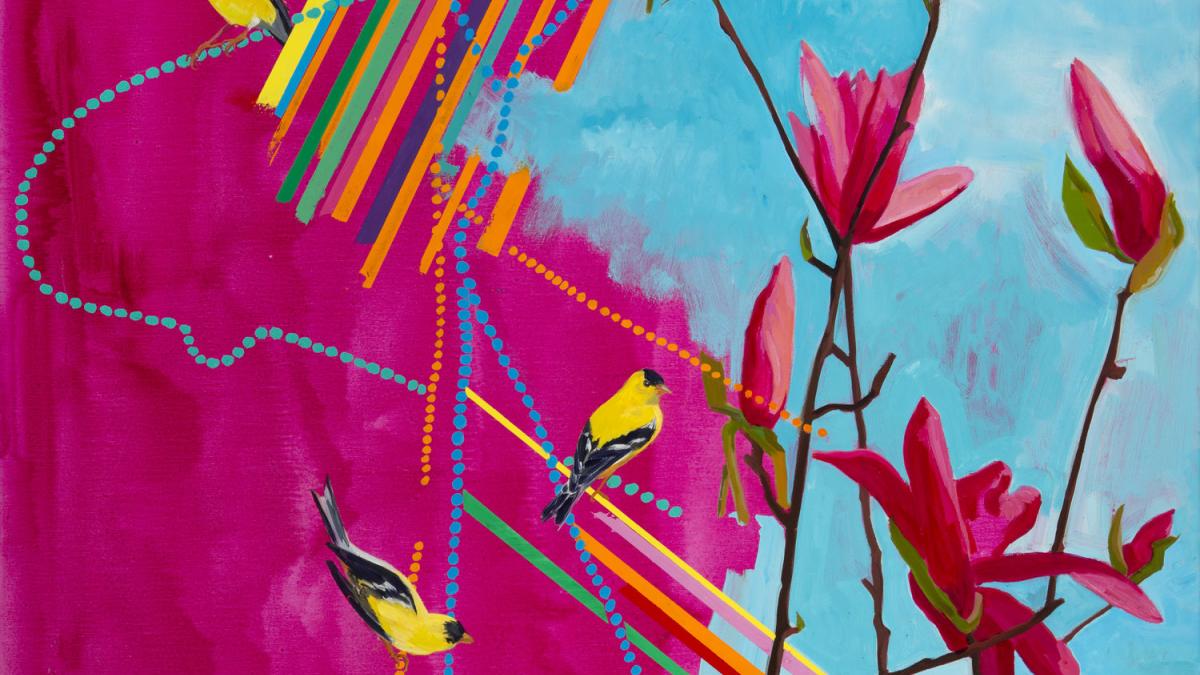 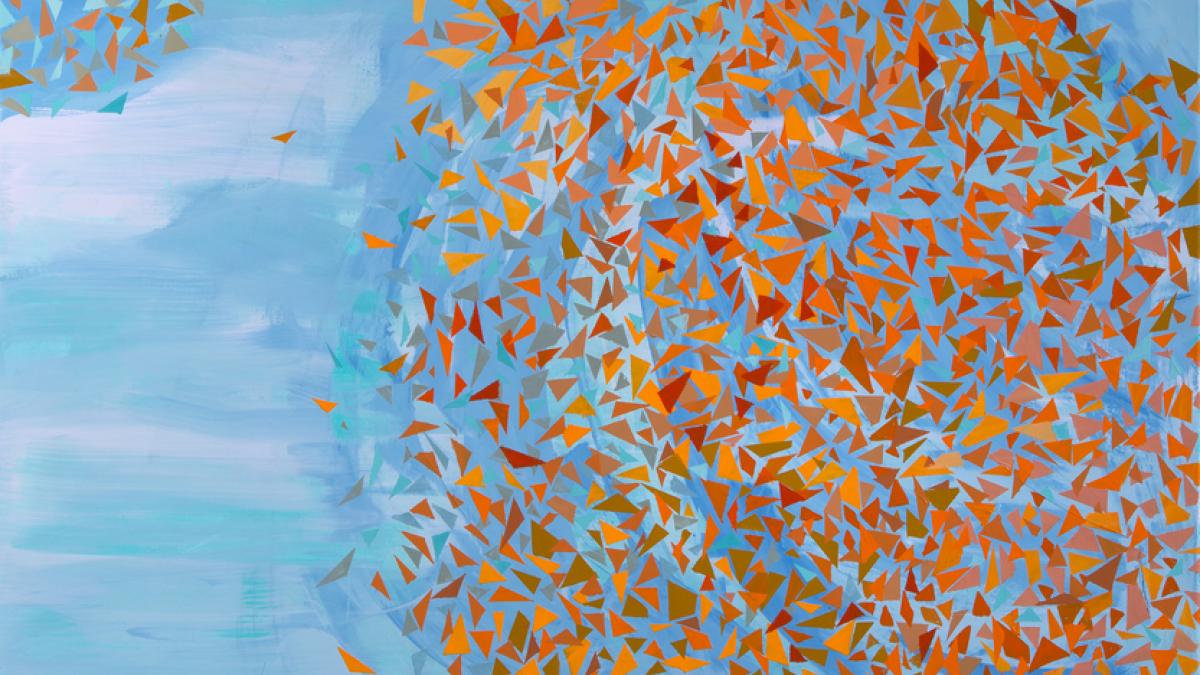 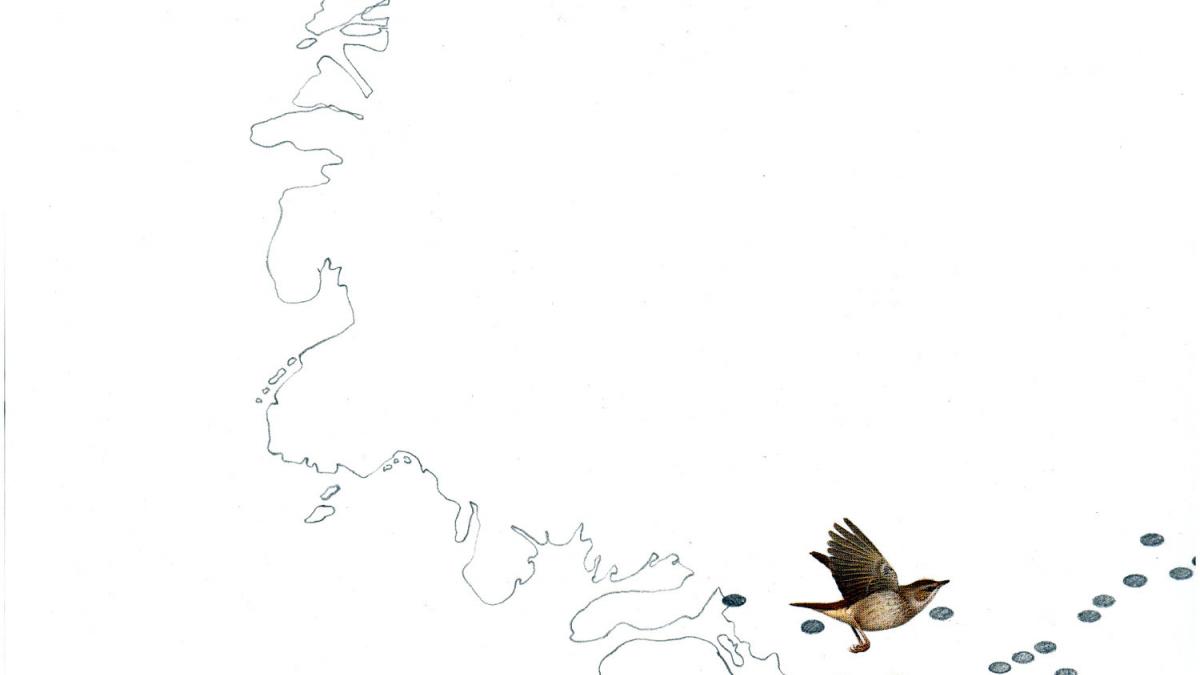 Deirdre Murphy has exhibited internationally and extensively in the United States in museums, galleries and institutions including Philadelphia, New York, Chicago, Delaware, Minnesota, Washington and Oregon. Her work has been exhibited at institutions including the Philadelphia International Airport, Palm Springs Museum of Art, Biggs Museum of American Art, New Bedford Art Museum, Tacoma Art Museum, University of Pennsylvania and Pennsylvania Academy of Fine Art. The recipient of numerous awards and grants, most notably a Percent for the Arts sculpture commission (Dublin, CA) the Pennsylvania Council for the Arts Fellowship and a Leeway Foundation award, she has been an artist-in-residence at the Powdermill Nature Reserve (PA), Hawk Mountain Sanctuary (PA), Vermont Studio Center (VT) and Pouch Cove Artist Residency (St. Johns, Newfoundland). Her work has been published in New American Paintings and Fresh Paint Magazine. Murphy’s work can be found in many public and private collections including Colorado Springs Fine Arts Center Museum, Temple University, AlphaMed Press and Gamblin Artists Colors. Deirdre Murphy earned her MFA degree from the University of Pennsylvania and her BFA degree from the Kansas City Art Institute. Murphy is an adjunct professor at the University of Pennsylvania and been a visiting artist at Philadelphia Museum of Art, Pennsylvania College of Design and University of Texas, Philadelphia University and Kent State University. Deirdre Murphy is represented by the Gross McCleaf Gallery (Philadelphia), Boxheart Gallery (Pittsburgh) and Zinc Contemporary Gallery (Seattle). 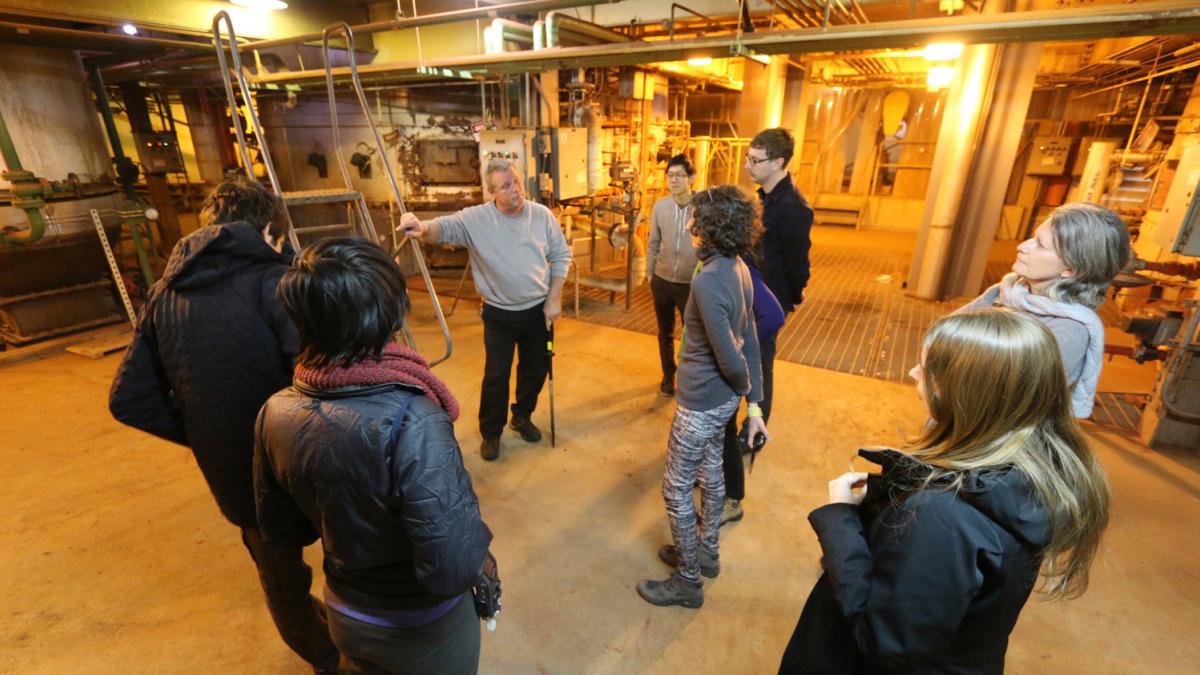 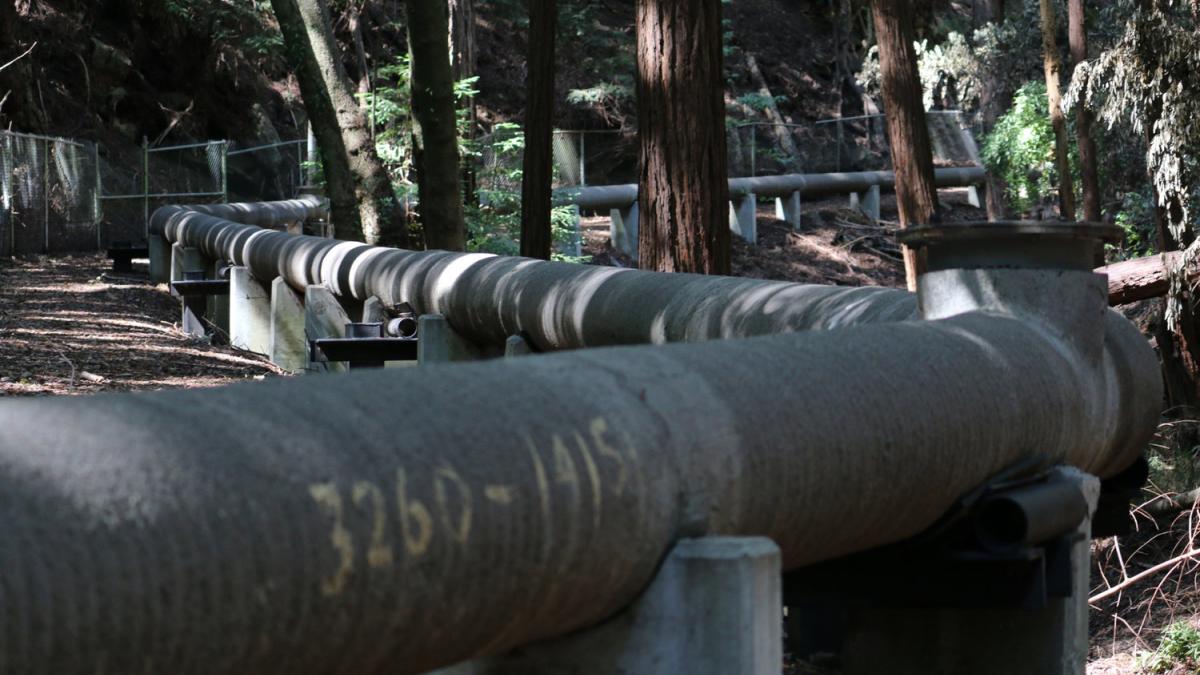 Wastewater pipes run through hidden gulches along the route of the Santa Cruz Wastewater Walk, 20115. Photo by FICTILIS. 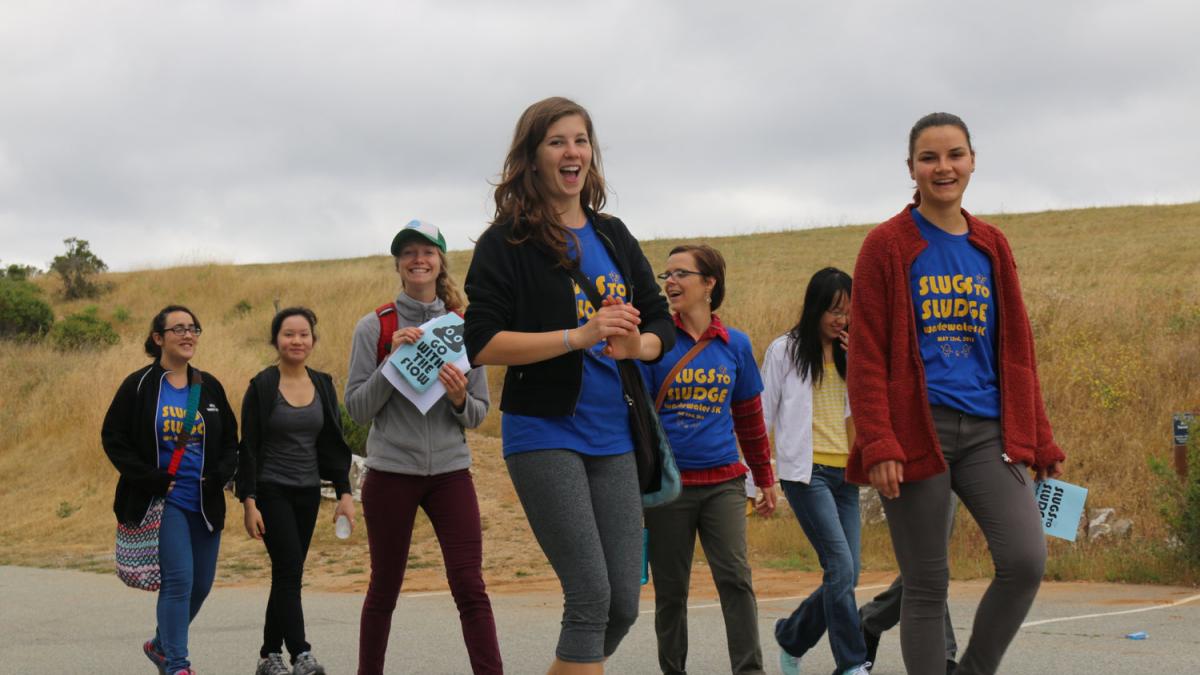 Walkers at the 2015 Wastewater Walk in Santa Cruz. Photo by FICTILIS. 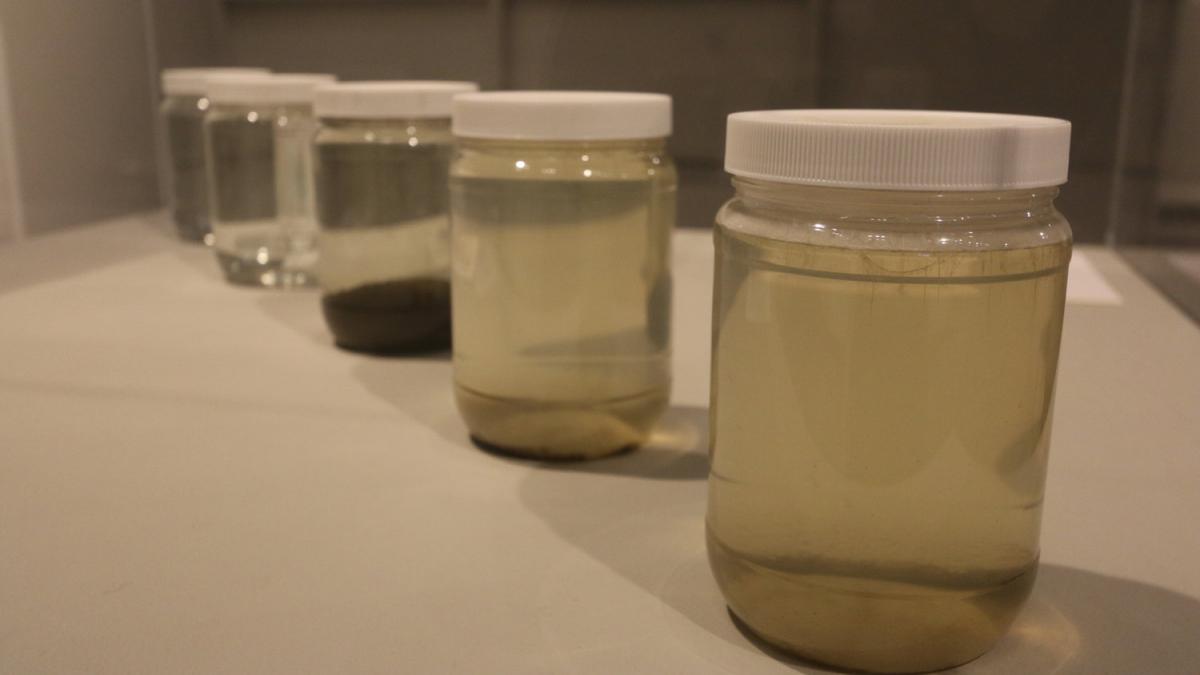 Wastewater at various stages of processing, exhibited at University of Western Florida, 2017. Photo by FICTILIS. 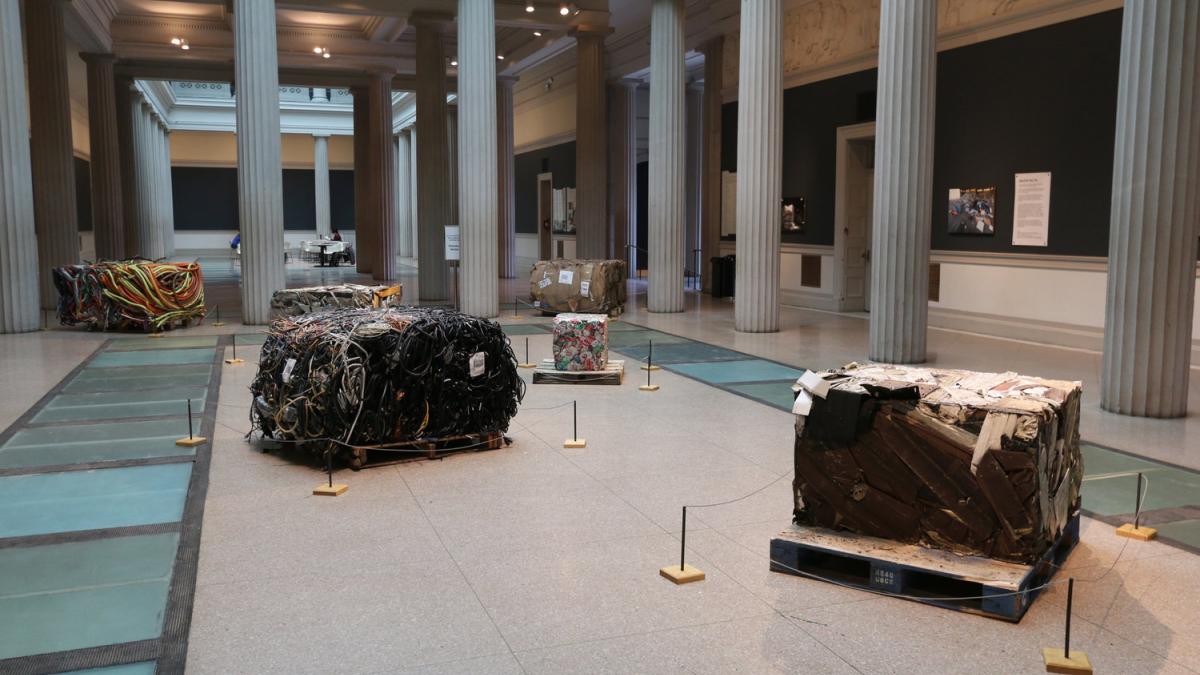 Bales of local waste in Wildcat Hauling exhibition at the Corcoran School of Art & Design, Washington DC. 2016. Photo by FICTILIS.
Previous Next

FICTILIS has curated exhibitions, organized events, and been artists in residence or visiting artists in many different venues across the US and internationally, including Headlands Center for the Arts (Sausalito, CA); Princeton School of Architecture (Princeton, NJ); Science Gallery (Dublin, Ireland); the Art Meets Radical Openness Festival (Linz, Austria); and the Santa Fe Art Institute (Santa Fe, NM). Recent projects have received grants from the Puffin Foundation, the Left Tilt Fund, and the Emily Hall Tremaine Foundation, and have been nominated for the Human Impacts Institute's Creative Climate Award, the COAL Art & Environment Prize in Paris, France, as part of ARTCOP21. 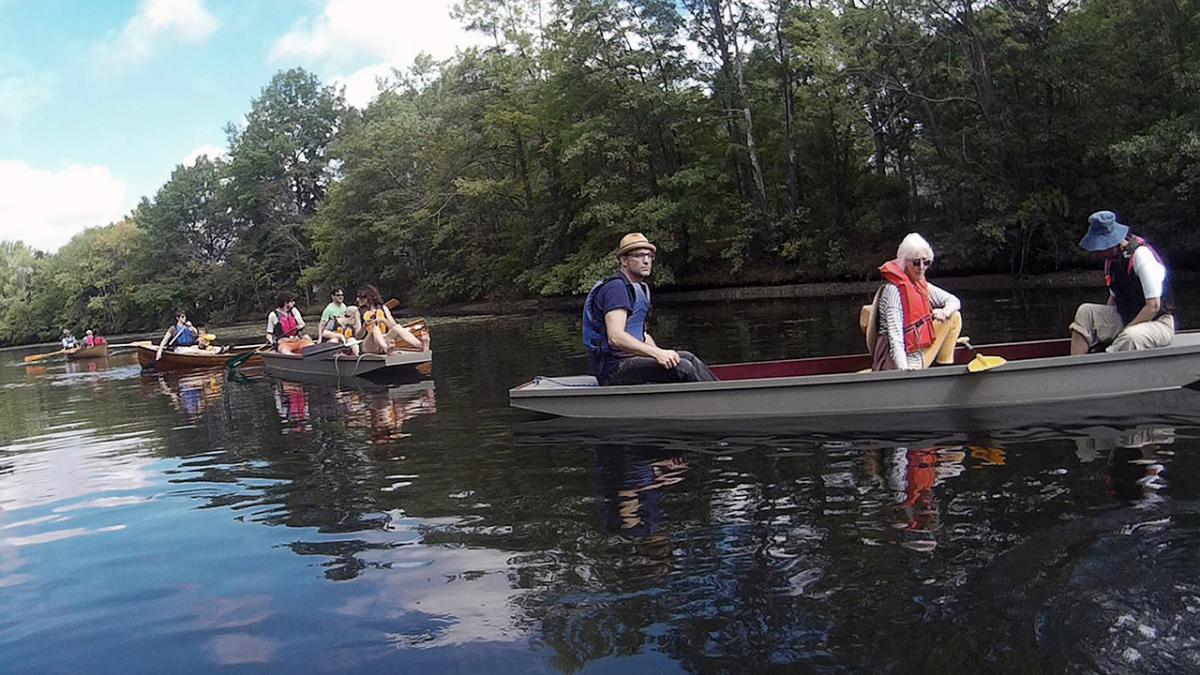 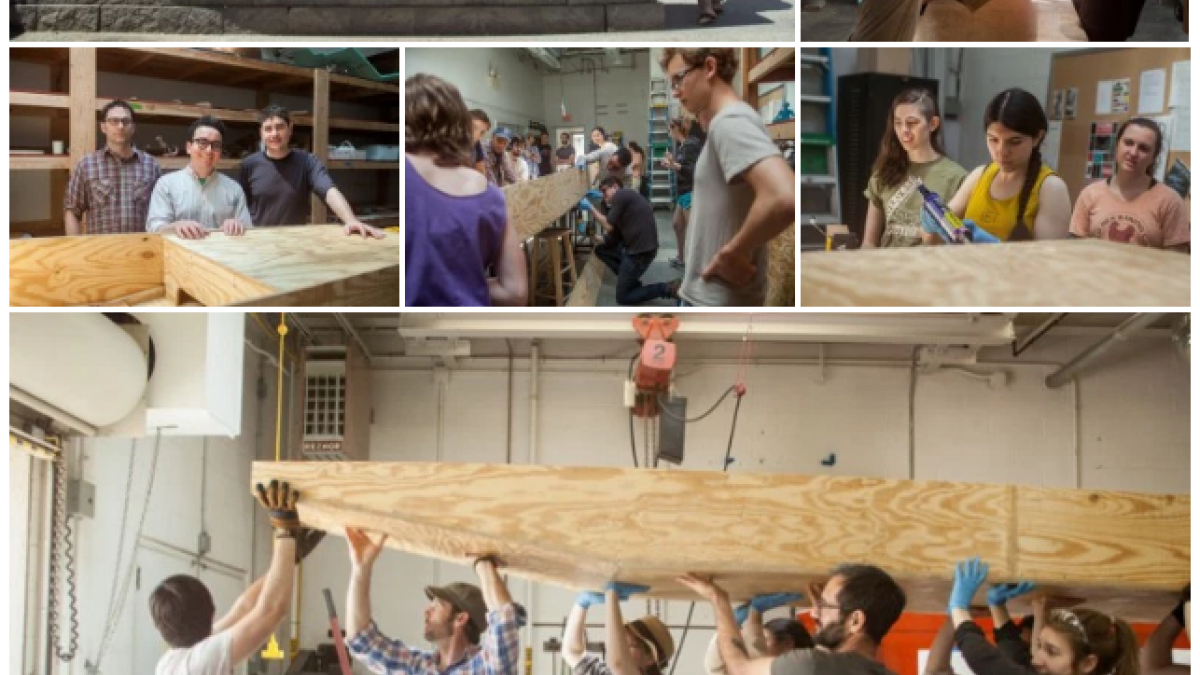 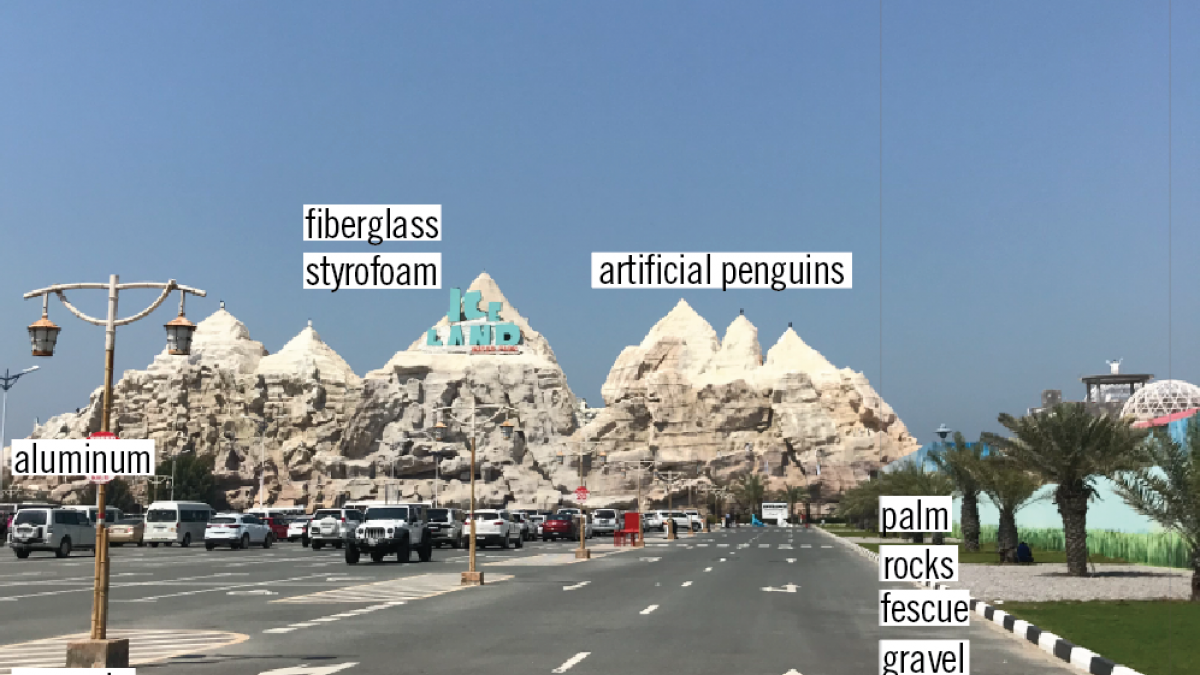 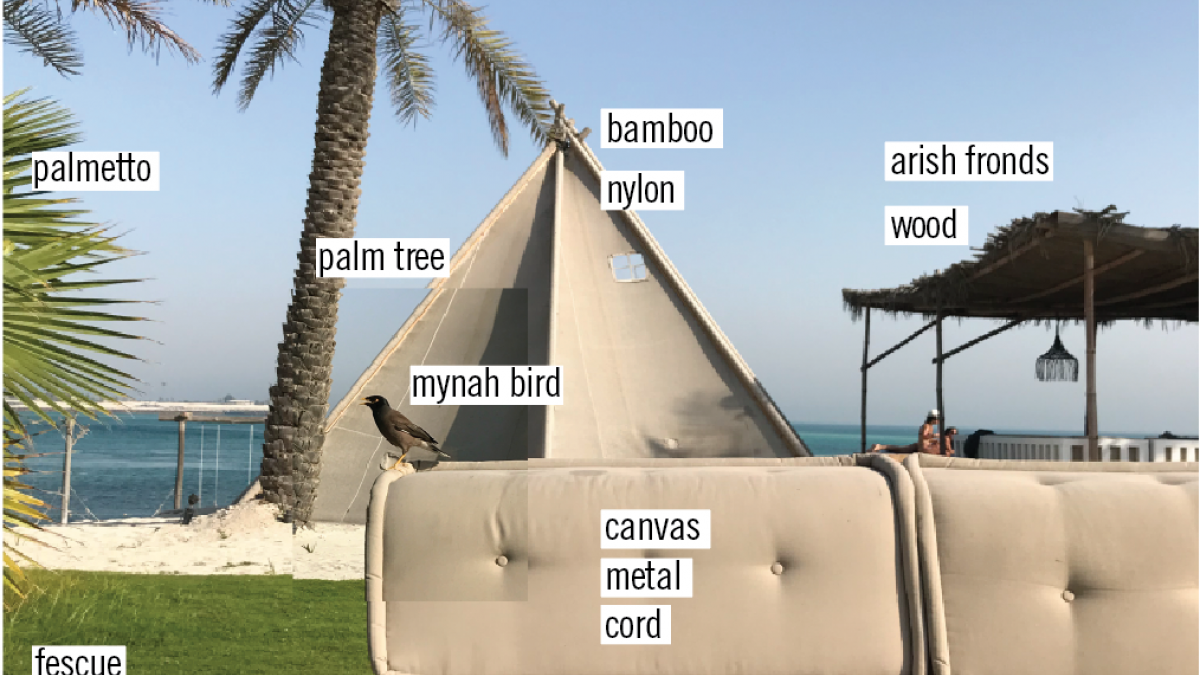 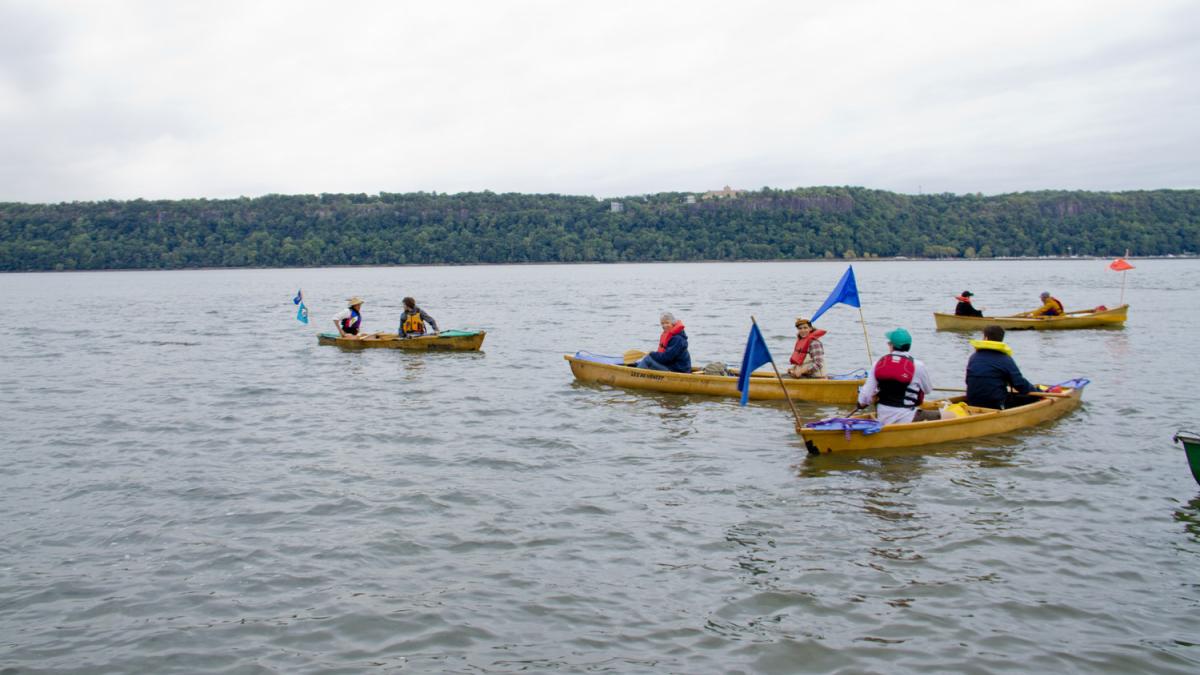 Dylan Gauthier is an artist, curator, designer and educator whose practice investigates relationships between ecology, architecture, landscape, pedagogy, collaboration, and social change. Gauthier is a founder of the boatbuilding and publishing collective Mare Liberum (www.thefreeseas.org) and of the Sunview Luncheonette (www.thesunview.org), a co-op for art, politics, and poetics in Greenpoint, Brooklyn. His individual and collective projects have been exhibited at the Centre Pompidou-Musée national d'art moderne, The Parrish Art Museum, CCVA at Harvard University, 2016 Biennale de Paris, Center for Architecture, The International Studio and Curatorial Program-ISCP, EFA Project Space, Pioneer Works, Walker Art Center, the Schuylkill Center for Environmental Education, and at numerous other venues in the US and abroad. His writings about art and public space have been published by Contemporary Art Stavanger, Parrish Art Museum, Urban Omnibus, Art in Odd Places, and Routledge/ Public Art Dialogue, among others. In 2015 he was the NEA Ecological Artist-in- Residence at ISCP; in 2016 he was a Socrates Sculpture Park Emerging Artist Fellow; and in 2017/18 he was the inaugural Artist-in-Residence at the Brandywine River Conservancy and Museum of Art, where his immersive video and environmental sound installation highwatermarks was on view earlier this year. In 2018 he is a visiting scholar at NYU Abu Dhabi. He teaches undergraduate courses in the First Year Program at Parsons and at The New School, and graduate emerging media courses in the Department of Film and Media Studies at Hunter College, CUNY. Gauthier received his MFA in Integrated Media Arts from Hunter College, CUNY in 2012.

Kendra Sullivan is the director of the Seminar on Public Engagement and Collaborative Research at the Center for the Humanities at the CUNY Graduate Center, where she also acts as publisher of Lost & Found: The CUNY Poetics Archive Initiative and general program director. She has a master’s in Sustainability and Environmental Education from the CUNY Graduate Center, where she is currently pursuing her PhD in English, with a focus on the environmental humanities. Her writing has appeared and is forthcoming in BOMB, F.R. DAVID, and C magazine. Her artwork has been exhibited at the Parrish Art Museum in Water Mill, NY; The Bureau for Open Culture at MASS MoCA; and The Carpenter Center for Visual Arts at Harvard University. Her curatorial projects include: Sea Worthy (2011), Ed Sanders: Seeking the Glyph (2015), Accompaniment (2015), and Resistance After Nature (2017). She has performed her own works at the Banff Centre, Alberta; Dexter Sinister, NY; and tenletters, Glasgow; and as part of Robert Ashley’s The Trail of Anne Opie Wehrer at the Whitney Biennial in 2014 and at 356 Mission in 2016. She is the grateful recipient of grants and residencies from the Graham Foundation for Advanced Studies in Fine Arts, the Banff Centre, and the Montello Foundation, among others. She is a member of the eco-art collective Mare Liberum and co-founder of the Sunview Luncheonette, a community space for art and politics run out of a stopped-in-time diner in Greenpoint, Brooklyn.

Marina Zurkow is a media artist focused on near-impossible nature and culture intersections, researching “wicked problems” like invasive species, superfund sites, and petroleum interdependence. She has used life science, bio materials, animation, dinners and software technologies to foster intimate connections between people and non-human agents.Her work spans gallery installations and unconventional public participatory projects. Currently, she is working on connecting toxic urban waterways to oceans, and researching the tensions between maritime ecology and the ocean’s primary human use as a capitalist Pangea. Recent solo shows include Chronus Art Center, Shanghai, bitforms gallery, NY, Montclair Museum of Art, and Diverseworks, Houston, and exhibitions at Sundance New Frontiers, FACT, Liverpool, SF MoMA, Walker Art Center; Smithsonian American Art Museum, Museum of Fine Arts, Houston, Wave Hill, NY, and the National Museum for Women in the Arts. She has collaborated with Social Science and Humanities scholars at Rice University, New York University, and the University of Minnesota. Zurkow is a 2011 Guggenheim Fellow, and received grants from NYFA, NYSCA, the Rockefeller Foundation, and Creative Capital. She is a full time faculty member at ITP / Tisch School of the Arts, New York University, and is represented by bitforms gallery.