This Spring we want to give our readers a chance to get to know our talented student and postdoctoral fellows. We are delighted to open the profile series with a brief interview between Program Assistant Rachel Ishikawa and 2018-2020 Mellon Postdoctoral Fellow, Dr. Ben Mendelsohn. Read on to learn a bit about Ben's teaching and research, and his take on the environmental humanities. 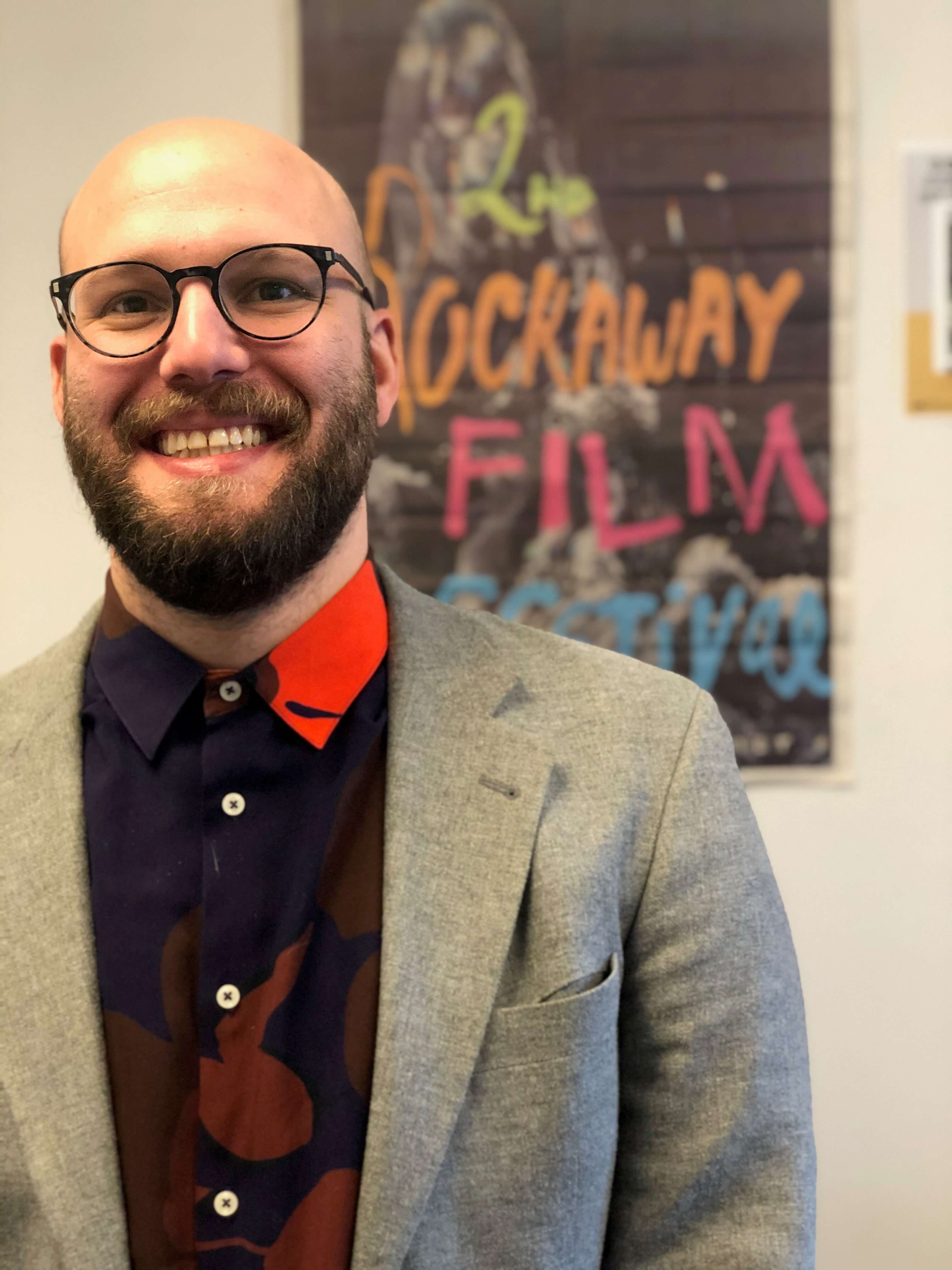 RI: What did your class focus on this Fall Semester?

BM: "Documentary Experiments in Urban Research" is a hybrid seminar and studio focusing on the intersections of experimental film and critical urban research. In each class session, we put scholarship about topics such as urban nature, the social production of space, and the architectures of racial division into dialogue with screenings on related themes. At the same time, students develop their own short film projects in which they are asked to choose an urban research question or a local site, and invent their own audiovisual language with which to investigate it. I was so impressed with what the students came up with -- on topics ranging from the over-policing of Penn's campus to the ways we mediate concepts of "vacancy" in urban space.

RI: What project are you working on that you feel most excited about?

BM: I'm excited about a paper I've recently finished that explores the intersections of visual art, pop music, and land reclamation in Lagos, Nigeria. Last year, I published an article about a coastal megadevelopment in Lagos called Eko Atlantic City. It is a massive land reclamation scheme that claims to provide coastal protection while also privatizing the city's iconic public waterfront. I've become fascinated not only with how Nigerian photographers interpret the site, but also with the role that the site is playing in Nigeria's booming contemporary music culture: as a concert venue and a location for music video or magazine shoots.

RI: Tell us about dredge.

BM: I first became interested in underwater dredging by following the work of the Dredge Research Collaborative. Since about 2011, this group of landscape architects has been encouraging scholars and designers to pay more attention to human sediment handling practices as a foundational infrastructure for the production of nature and space. For me, human earth moving provides a powerful lens for thinking about how cities make and remake the relationship between land and water. I also see it as a form of urban mediation that is interdependent with image-making, myth-making, and collective memory. Last October, I premiered an essay film about the role of dredging and sand filling in New York City called As If Sand Were Stone. The film combines observational footage of New York’s massive harbor deepening project with a series of self-reflexive research spirals about the history of earth moving in the region.

RI: How would you define environmental humanities?

BM: Any definition of environmental humanities should celebrates its plural vocabularies and genealogies, from environmental anthropology and ecocriticism to urban theory and media ecology. That said, I have opinions on what should be included under this umbrella. One of the central questions in the environmental humanities is how we comprehend, narrate, and intervene in rapidly changing environments, and how we do so across a dizzying array of scales. I have been making the case that experimental documentary film has a great deal to offer this discourse, which was also the premise of Geosocial Encounters, the symposium and film screening that Rahul Mukherjee and I hosted at PPEH in September 2019.

RI: In what ways has being a part of PPEH shaped your academic work? Your public facing work?

BM: It's been very exciting to be at PPEH during the development of the undergraduate minor, which has helped me to think seriously about how we connect research, teaching, and public programming in this emergent subfield. The students who gravitate toward PPEH classes, events, and programs have been a big influence on me as well. When I see students who care about the intersections of urban inequality and climate justice, for example, inventing their own methodologies and vocabularies from the discourses that we share with them, I'm so inspired! I've also been very grateful for the work that PPEH has done around the local oil and gas refinery, which is an atrocious blight on the city and should be opposed not only by our little research center, but by the full force of the university and its leadership.