On Walking, Together: Embodied Research and the Tidal Schuylkill River

Liquid Histories and Floating Archives was an experimental seminar that asked students to  explore the interweave of global climate change with cultural change, from the hyperlocal vantage point of Philadelphia’s tidal Schuylkill River.

With Martin Premoli and Luna Sarti

Editor's Note: Philadelphia’s tidal Schuylkill River. It’s a watery place home at once to native and invasive plants, fish, and fowl; dogs and their humans; bicycles; freight rail; the Schuylkill Expressway (also known as Interstate 76 or the Schuylkill Distressway); and myriad other assemblages. It’s a mixed up place. To learn about its nature-cultures requires crossing traditional disciplinary borders, and our seminar was cross-listed across six departments and each of the three divisions in the School of Arts & Sciences. Our syllabus is publicly available here.

Students were asked to consider what research methods they needed to apprehend such a mixed-up place, one increasingly prone to nuisance flooding on rainy days, and, although it’s miles up from the sea, to storm surge. One set of assignments, required students to spend time with the river, walking once a week along an identical stretch of the river, while reflecting on that week’s readings. Once they returned back to campus, working alone, they wrote weekly entries on our course blog (Liquid Histories). They mused about how walking with the river informed their reading, and vice versa. 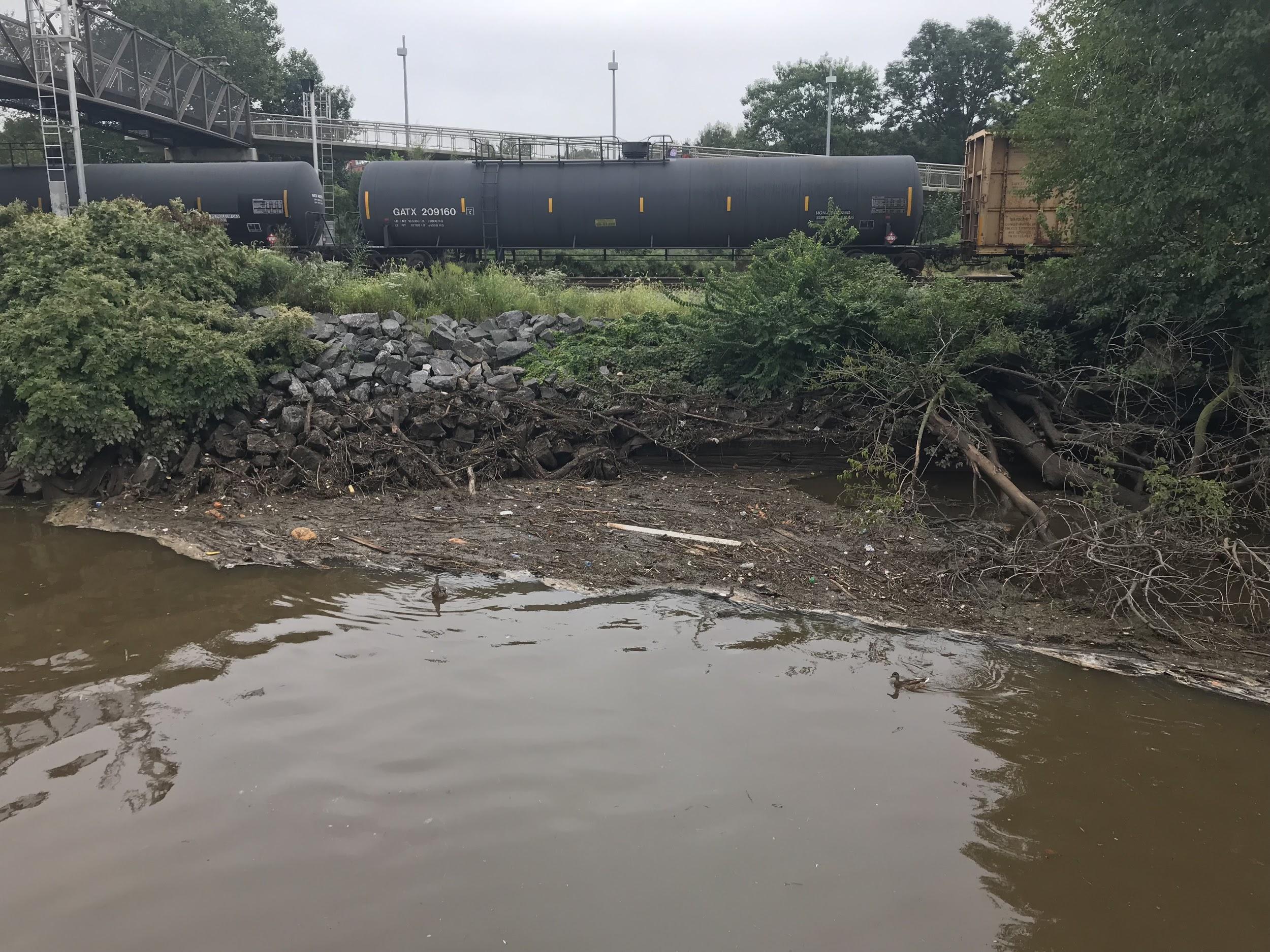 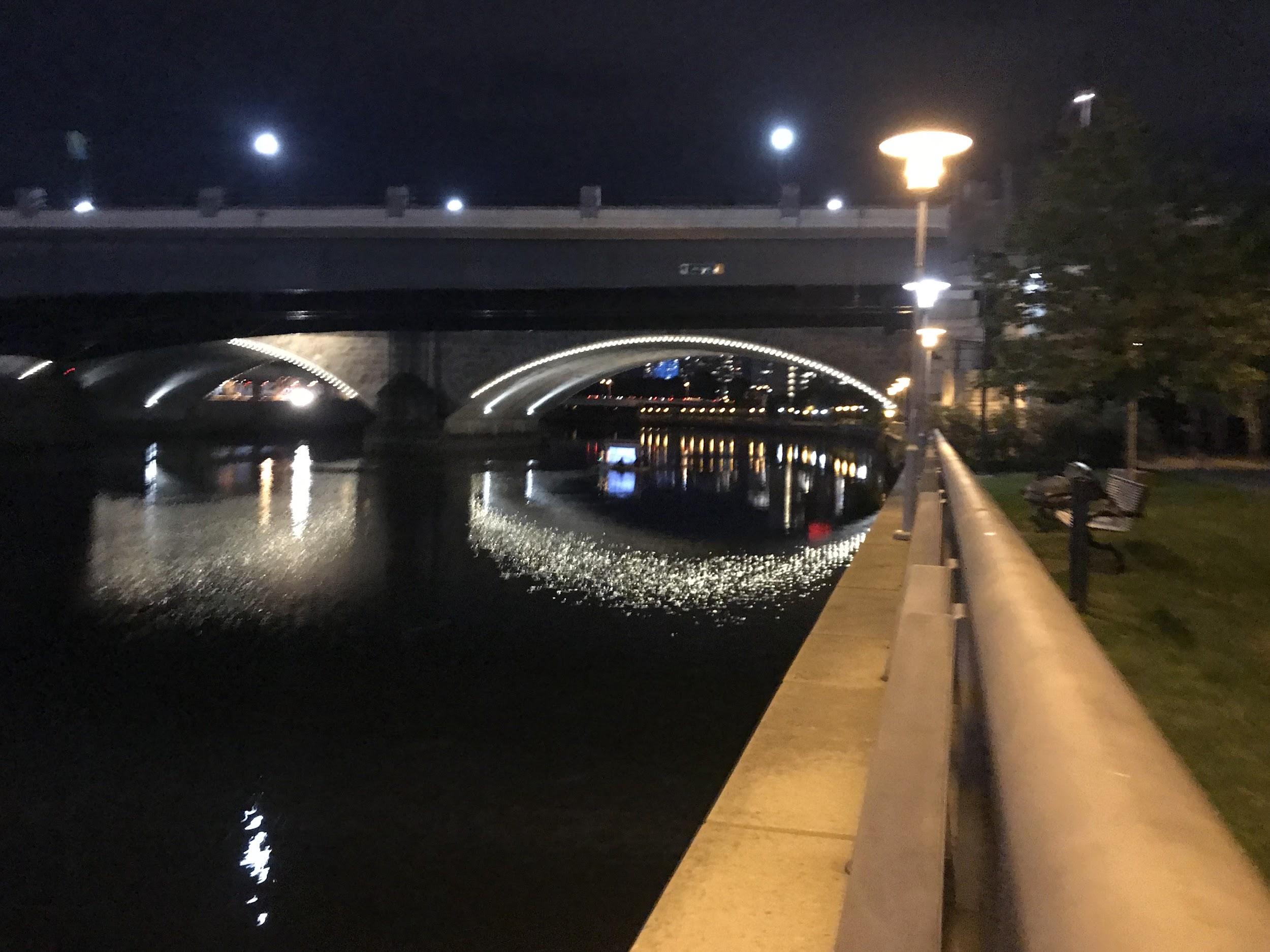 We also walked the river several times together. In this final course field note, students--identified by the initials they wrote under on the blog all semester long--reflect on the impact of their embodied research and our method of reading-walking. In the very final paragraph, we have blended our voices to create a short walking manifesto or seminar mission statement. Students’ final projects, researched in part by walking, are designed to prompt cognitions and re-cognitions of the river, and will be published in our growing living river archive, a public digital archive maintained by PPEH to encourage environmental awareness and public engagement in, along, and with the Schuylkill.

Finally, a brief word about the intense iterative process we used to co-author our shared statement: 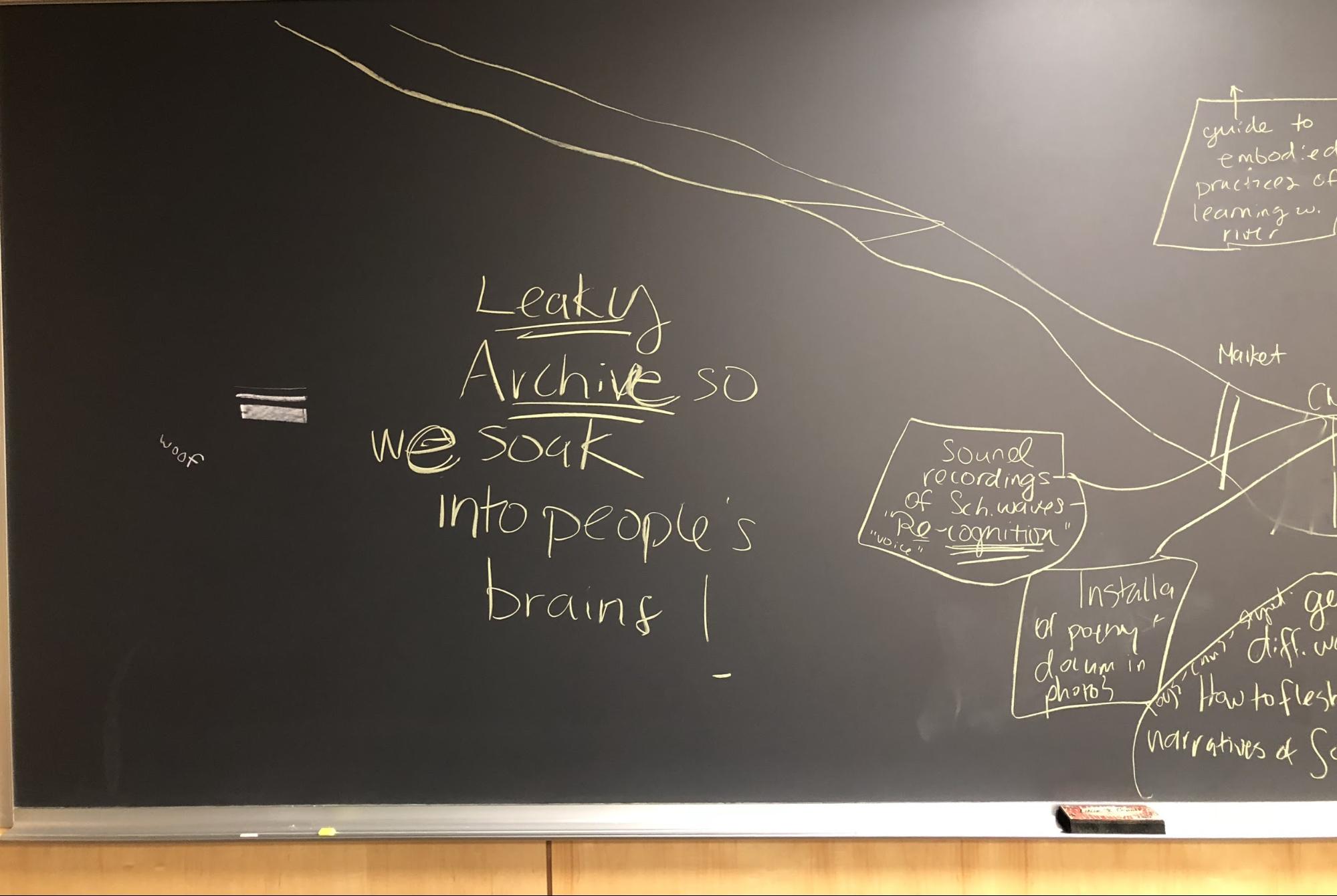 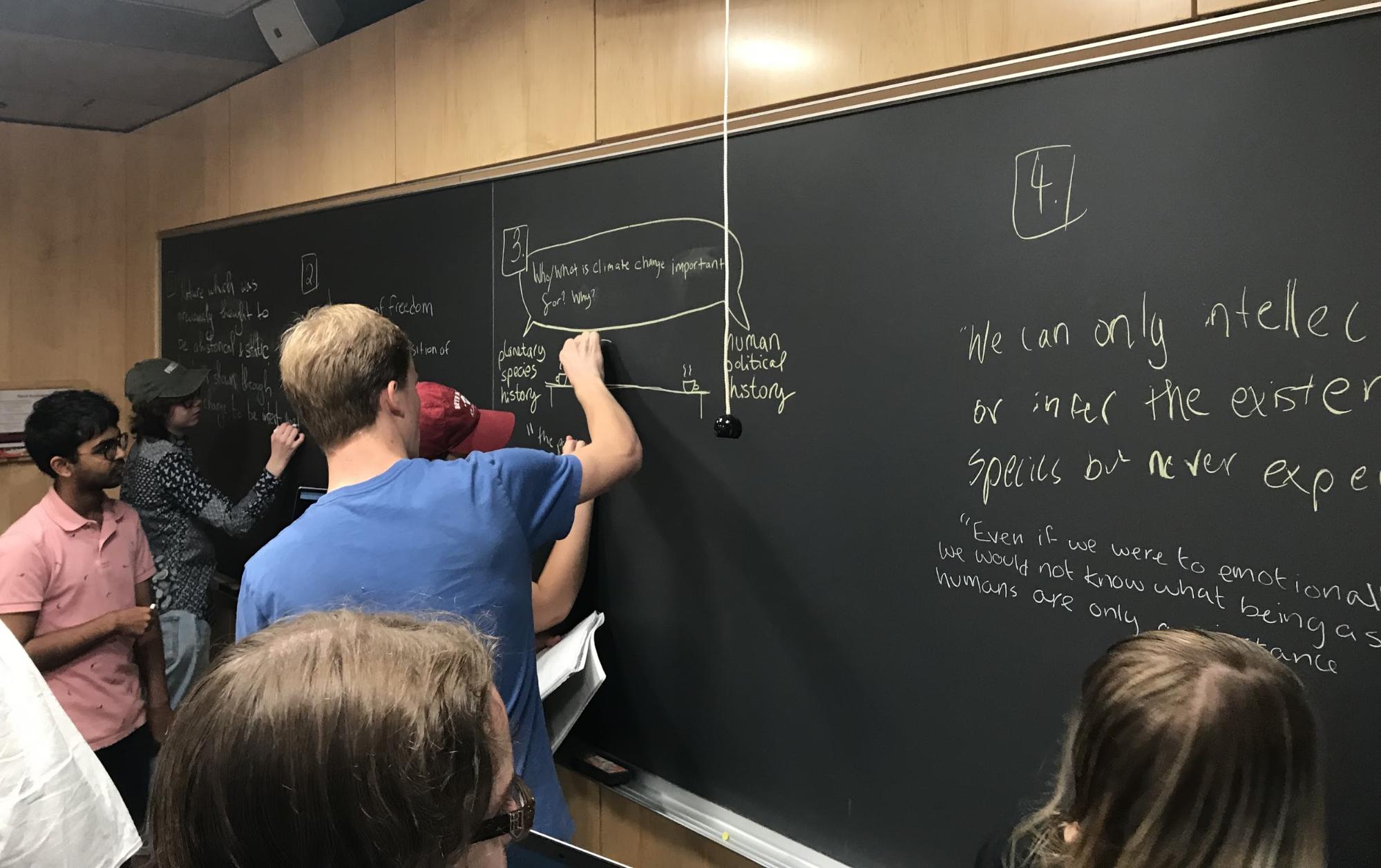 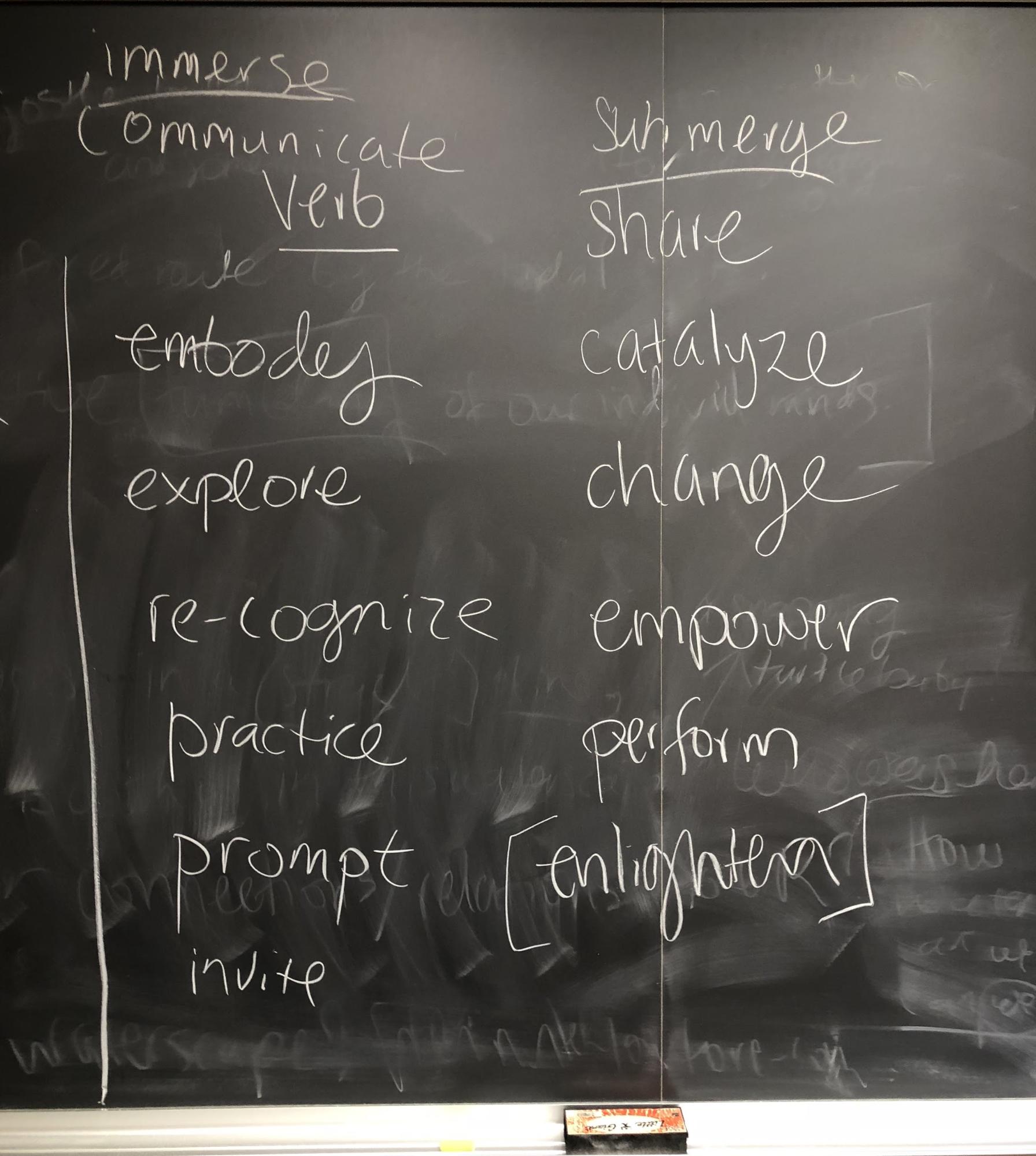 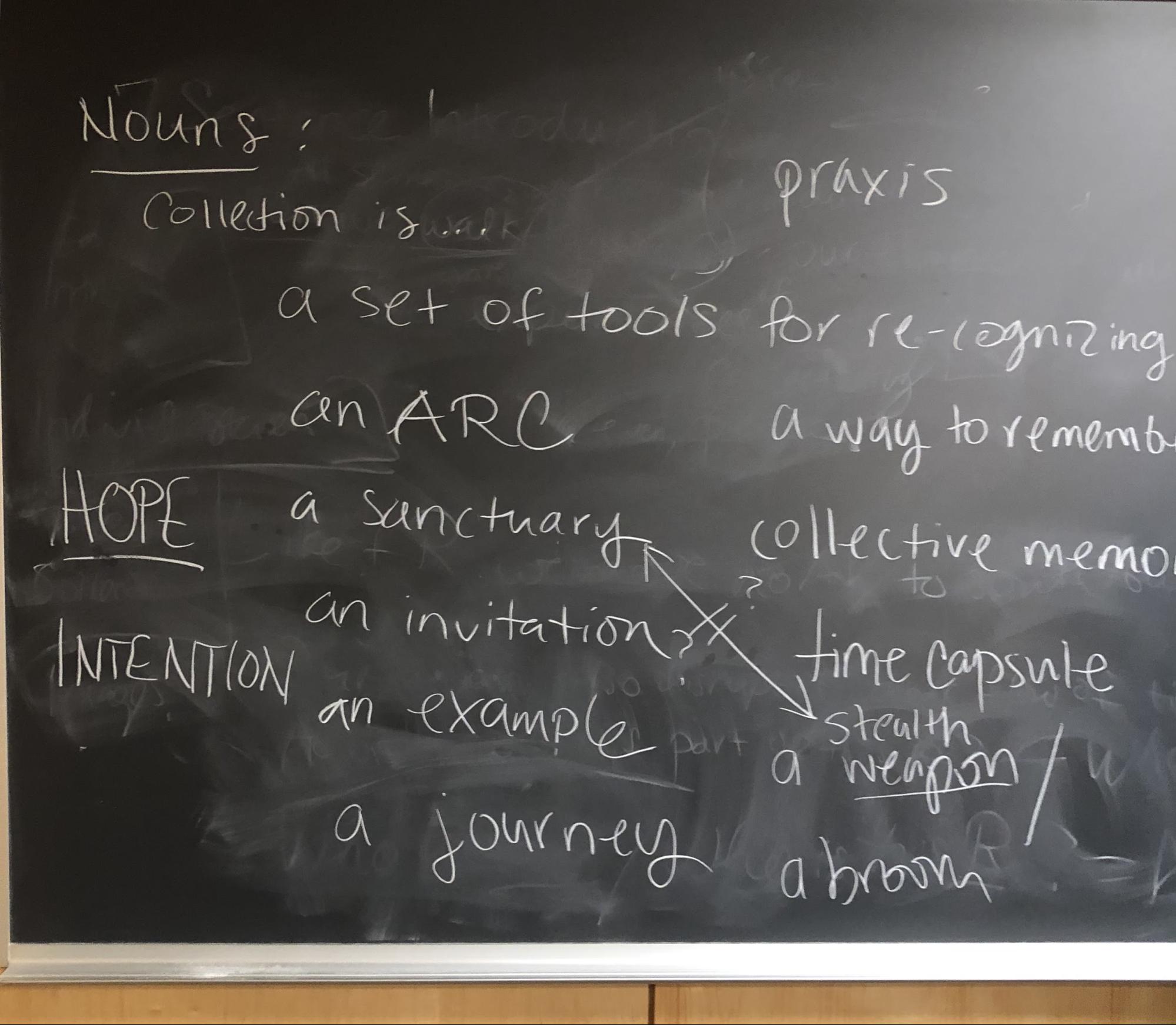 On Walking: A distant dialogue with Thoreau, and, while not On Swimming, with Roger Deakin

We begin with each student’s individual statement about the importance of embodied research, listed alphabetically by surname.

TB: Walking made me more aware of the scale of things. Before taking this class, I saw the Schuylkill as an unchanging monolith from the vantage point of car windows as they--I-- crossed the bridge to University City. As I slowed down and stepped onto the river trail, that changed. The river suddenly became larger and dynamic, its waters started flowing. The change of scale helped me zoom into details like the plants around the river and the colour of its water, notice the people who walk dogs along the trail and talk to the man who fishes in the Schuylkill. Human beings are programmed to notice things, but the walks helped refocus that lens and see the river and our various connections with in a different scale.

LC: Walking with the river, I discovered that its life-force is the same as my own. So much of my research and reflection was spent thinking about the Schuylkill’s waters as a tool, a tyrant, or a friend. But now it seems so obvious that the river is not a separate or static entity. The lines drawn by the path our class walked each week have blurred and we have “re-cognized” our place in the hydrologic cycle. My hope is that our collection will allow others to “re-learn” the river in this way, as, moving forward, the trails and lines we previously depended on will become un-re-cognizable.

SF: By walking along the the Schuylkill Trail over the course of the semester, I have had the opportunity to commune with the river, re-connecting with the waterway as a being with something to teach me rather than a resource for me to take from. This semester has taught me to pause, to stop, to dwell; teaching myself to notice the smallest of details or the tiniest of changes has re-centered myself within my own body and within this current moment. I hope, through my contribution to the archive, to make this experience possible for others.

JG: Walking along the Schuylkill, I began to appreciate the various forms nature takes. I now know endless pastures aren’t needed for serene greenery, and that nature can be cradled by metallic infrastructure. The routine encouraged me to discover the intimate details within the Tidal ecosystem and cherish them. I began to peel away the layers of my surroundings and see the individual agents influenced by each other. This semester, I simultaneously felt like a visitor and a contribution to the landscape of the Tidal Schuylkill as I drifted in-and-out and reflected on reading within the small scope of the River Trail.

CH: The embodied research method of walking the Schuylkill river once a week has deepened my relationship with the river. I used to think of the river as my childhood backyard play area. However, after weeks of philosophical thought provoking research, the river has become a space for me to reflect, observe, and explore humanity’s connection to bodies of water. Growing up, the Schuylkill river near my house had different sounds than the tidal Schuylkill we study. So, the deep dive we have performed with the Schuylkill has prompted me to explore how the river interacts with humans and how we connect with the river through sound. Thanks to our embodied research I’ve had the opportunity to re-cognize the river.

LM: Walking the same path along the Schuylkill River every week taught me to notice things differently. I walk the same routes almost every day, but I am always focused on the destination. Every week I would step onto the river, pause and refocus – look around and notice the river. Focusing on the river made me pay more attention to my surroundings. Walking on the river made me see how these surroundings change from week to week. It taught me to want to learn from the ever-changing details, to rely more on observation and to care about the unseen.

RN: The weekly walks along the Schuylkill River taught me to hold multiple spatial and temporal scales in my mind at once. In my early blog posts, while the walking-writing practice was still unfamiliar, I struggled to balance the specific and general, ephemeral and durable, and literal and conceptual. Following a fixed route week after week helped me think about the ways the Schuylkill changes each day, seasonally, and over centuries. I am developing the capacity to notice things about the Schuylkill in an immediate sense while at the same time consider its connectivity to unseen places or times.

MS: By walking the same route every week I’ve noticed details about the tidal Schuylkill that I might have otherwise missed with a random, single walk. Reading works by authors attuned to water, the environment, and philosophy prior to the walks has helped me to internalize the experience and frame perspective and perception. My contribution to the archive has been directly influenced by these walks in that this is an attempt to recreate the same experience. The video I’m contributing visually shows change and dynamism but is also symbolic of this change in perception we experienced as a class from the start of the semester to the end.

PW: Being absent from a space physically makes it difficult to fully relate to it. Walking along the Schuylkill trail by myself has not only provided me with a time and space to reflect on that week’s readings and class discussion, but has been an exercise in both familiarizing and defamiliarizing myself with that stretch of the river. The object I’m contributing to the archive is fundamentally a physical thing -- I wouldn’t have found it if I hadn’t let myself wander.

When we walk together along “our” stretch of the tidal Schuylkill River in Philadelphia, we re-cognize it, following it north to south, although not in a line. While lines (embankments, trainlines, the expressway, habits of thought) attempt to constrain the river in its tidal stretch, the river defies these boundaries and includes us in its porous waterscape. Our course might be smooth and then interrupted by a sense of the past or a premonition of the future. And our course changes when we bump into one another. Have we strayed off course? Such emergent relations unsettle prior assumptions about where the river starts and we end. With this recognition, we want to invite you to return and walk with us. 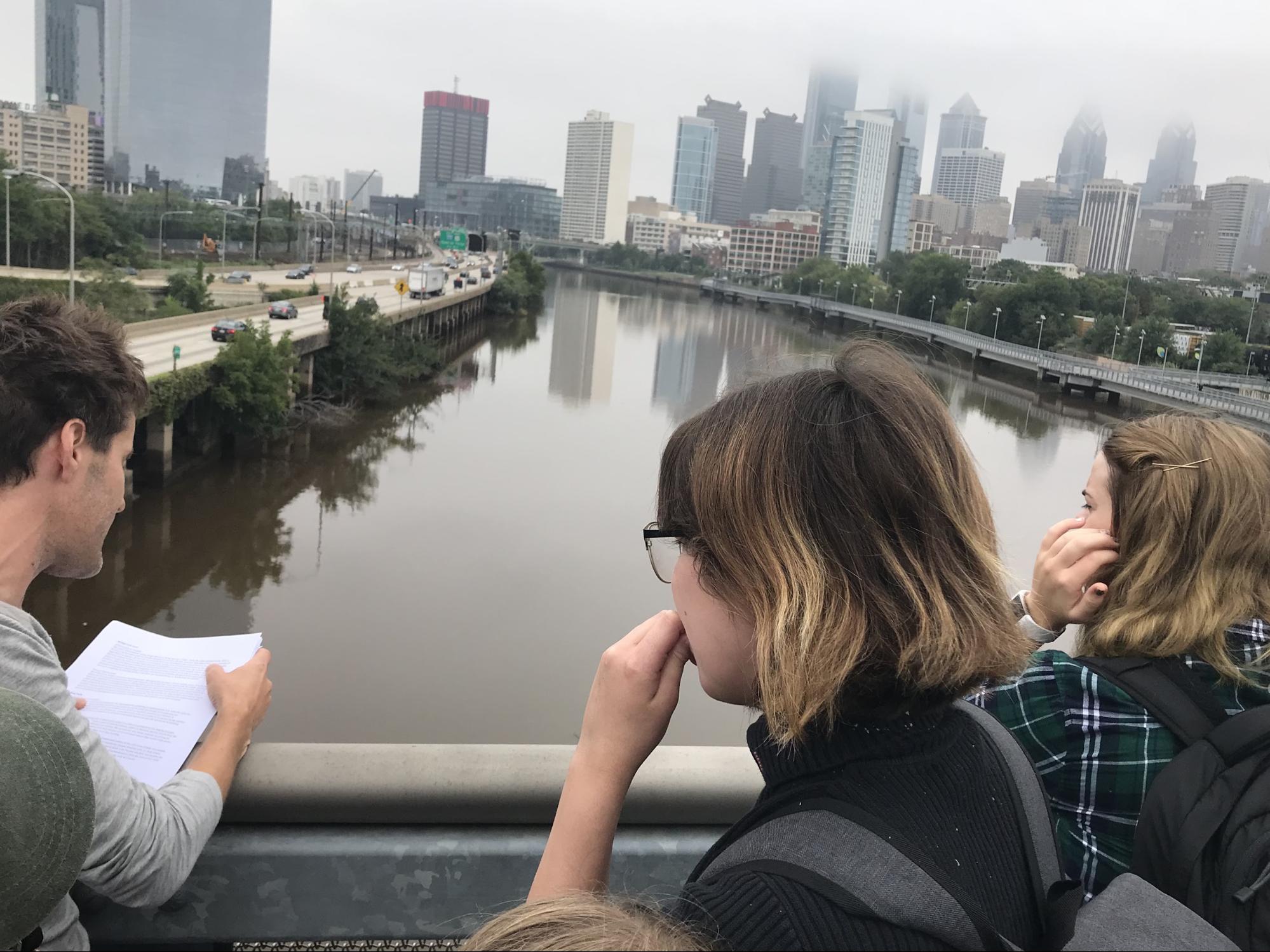 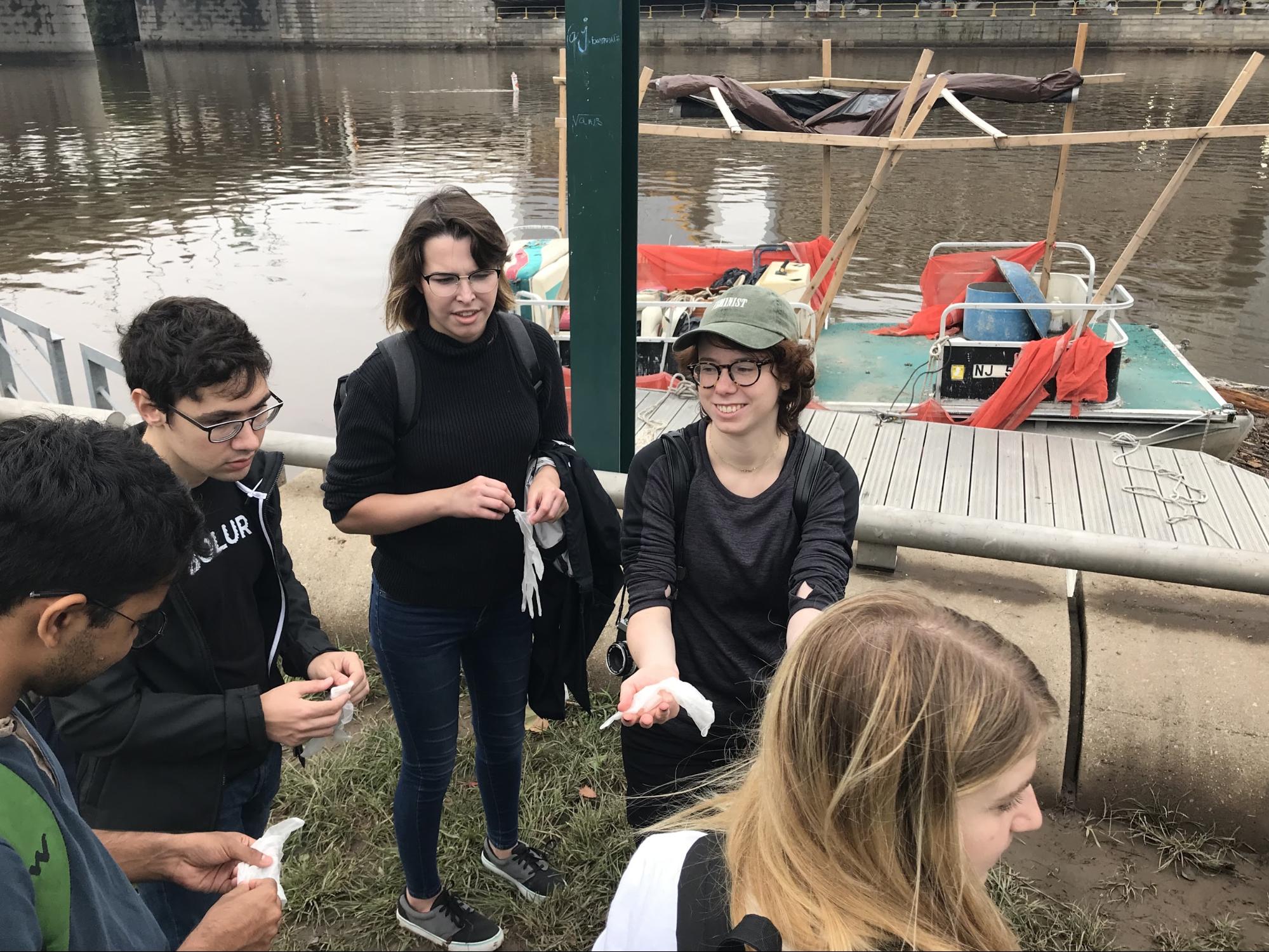 All photo credits to Bethany Wiggin