Elements Lecture Series: Dipesh Chakrabarty, "The Planet and the Human: Towards an Anthropological Clearing." 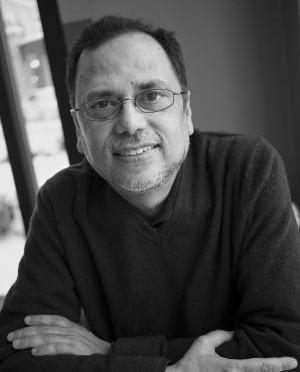 "The Planet and the Human: Towards an Anthropological Clearing."

This lecture works towards a new philosophical anthropology by positing and developing a distinction between globe and the planet as categories for organizing human history.

Dipesh Chakrabarty is the Lawrence A. Kimpton Distinguished Service Professor in History, South Asian Languages and Civilizations at the University of Chicago. He is an Affiliate Faculty of the English Department and a resource faculty for Comparative Literature. He is also a Faculty Fellow of the Chicago Center for Contemporary Theory. Chakrabarty's educational background includes a BSc in physics with honors in 1969, a degree from Presidency College at Calcutta University, and a Post-Graduate Diploma in Management, which is equivalent to an MBA, from the Indian Institute of Management Calcutta in 1971. He obtained his PhD in history from the Australian National University at Canberra in 1984. He holds honorary degrees from the University of London and the University of Antwerp. He is a Fellow of the American Academy of Arts and Sciences and an Honorary Fellow of the Australian Academy of the Humanities. He is also a member of the Board of Advisers of the Humboldt Forum in Berlin.

Before joining the faculty of the University of Chicago in 1995, Chakrabarty headed up the Social Theory Program at the University of Melbourne. He has, by invitation, been a visiting faculty/fellow at many universities of the world including the Wissenschaftkolleg in Berlin, the University of California at Berkeley, Jawaharlal Nehru University in Delhi, and Princeton University. His books include Provincializing Europe: Postcolonial Thought and Historical Difference (Princeton, 2000; 2007 second ed.); Habitations of Modernity (Chicago, 2002); Rethinking Working Class History (Princeton, 2000, 1989); and Itihasher Janajibon o onyanyo probondho (The Public Life of History and Other Essays) (in Bengali) (Calcutta: Ananda, 2011). His books have been translated into many languages including Arabic, German, and Chinese. Chakrabarty is also the co-editor of several books and the author of about 150 articles. He serves on the editorial boards of several book series and journals and was a founding member of the editorial collective of Subaltern Studies, a founding editor of Postcolonial Studies, and is currently a co-editor of Critical Inquiry.

Chakrabarty's current research focuses on anthropogenic climate change and its implications for historical thinking, on the history of the idea of historical truth, and on historical genealogies of crowd-politics in India.