Institute of Contemporary of Art 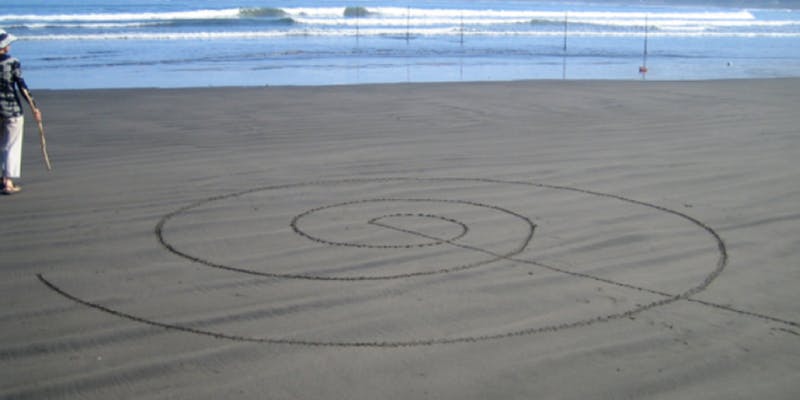 Cecilia Vicuña describes Kon Kon (2010) as a “documentary poem,” exploring correspondences between individual and collective memory through environmental processes, legacies, and mythologies. The film takes place near the mouth of the Aconcagua River in Chile, a location Vicuña sites as the origins of her artistic practice. Beginning on the beach with the artist making ephemeral inscriptions in coastal sands, constructing her fragile precarios, and composing a love letter to the Andean water deity Kon, the film stitches together these scenes with an exploration of cyclical returns in water, sound, dance, and cultural knowledge.

The screening will be followed by a discussion exploring the film’s approach to representing traditional ecological knowledges at the interface of land and water. The discussion will be led by anthropologist Kristina Lyons and media scholars Ben Mendelsohn and Nancy Lee Roane.

Kristina Lyons is Assistant Professor of Anthropology at the University of Pennsylvania, where her research focuses on the sciences, technologies, and politics of human-soil relations in Colombia. Her current manuscript under revision, ‘Decomposition as Life Politics’, moves across laboratories, greenhouses, forests, and farms in the capital city of Bogotá and the Andean-Amazonian department of Putumayo.

Ben Mendelsohn is a postdoctoral fellow in the Penn Program in Environmental Humanities (PPEH) where his research focuses on the intersections of critical urban studies and documentary practices, especially along the global urban coast. His forthcoming documentary, As If Sand Were Stone, explores earth moving along New York City’s coasts.

Nancy Lee Roane is a doctoral candidate in comparative literature at the University of Pennsylvania, where her research focuses on human-technology interactions in Southern Cone and Brazilian cinema. She co-organizes the Intensive Theory Reading Group, and teaches Spanish language courses.

This program is in partnership with the Institute of Contemporary Art.