In roundtables convened in Williams Hall November 1 and 15, 2018, faculty recipients of the 2018 Research and Teaching Seed Fund awards presented first fruits of their projects to faculty, staff and students. Drawing on those presentations, this series offers a brief glimpse of the exciting new initiatives in environmental humanities being developed by Penn faculty with support from the fund.

We are currently accepting applications for 2019 Seed Funds from faculty interested in building toward new courses, creating new public engagement tools or developing innovative cross-disciplinary research projects that push the boundaries of environmental inquiry at Penn. 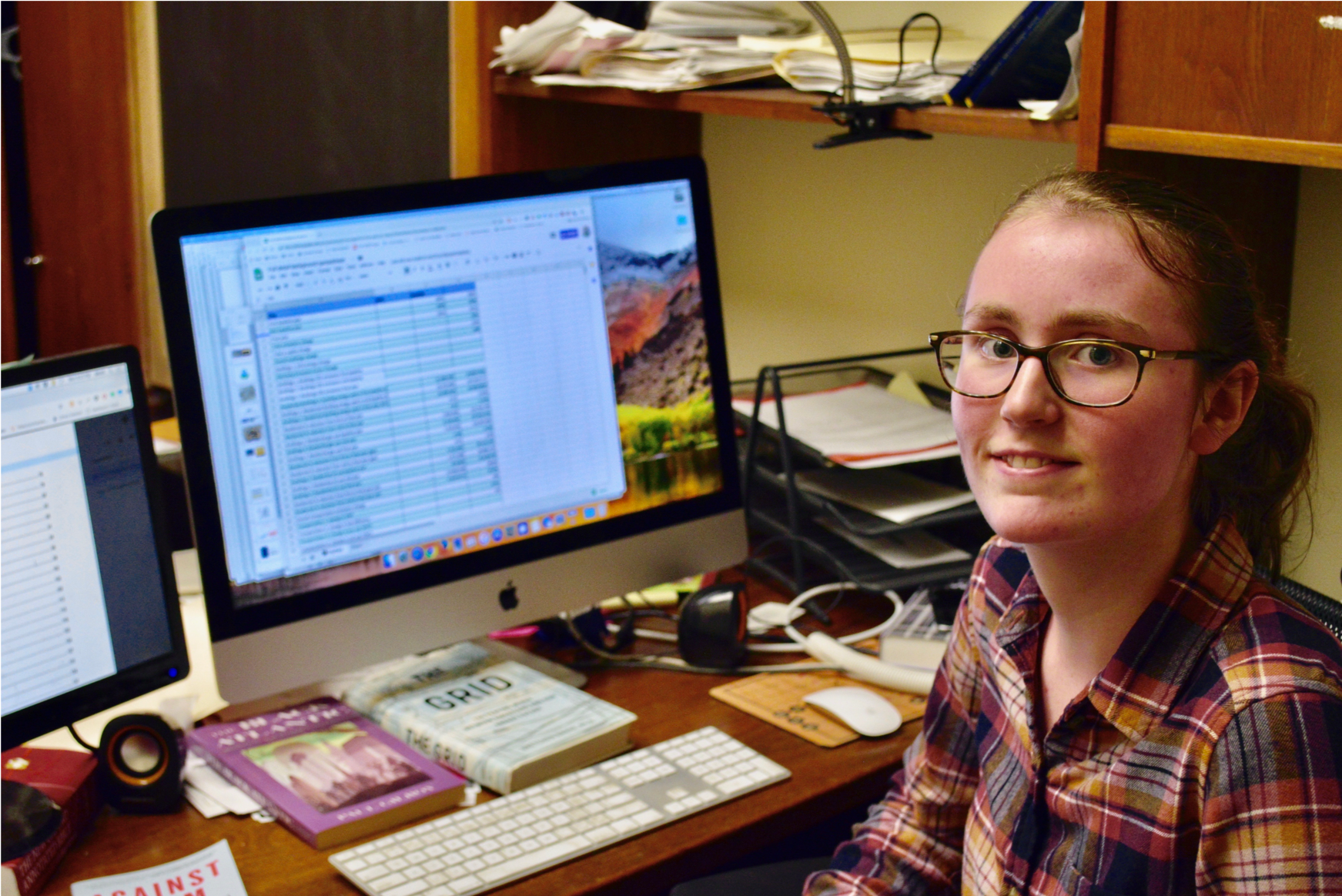 Margaret Badding, pictured in front of a database she helped construct of US cities’ urban carbon emissions sources 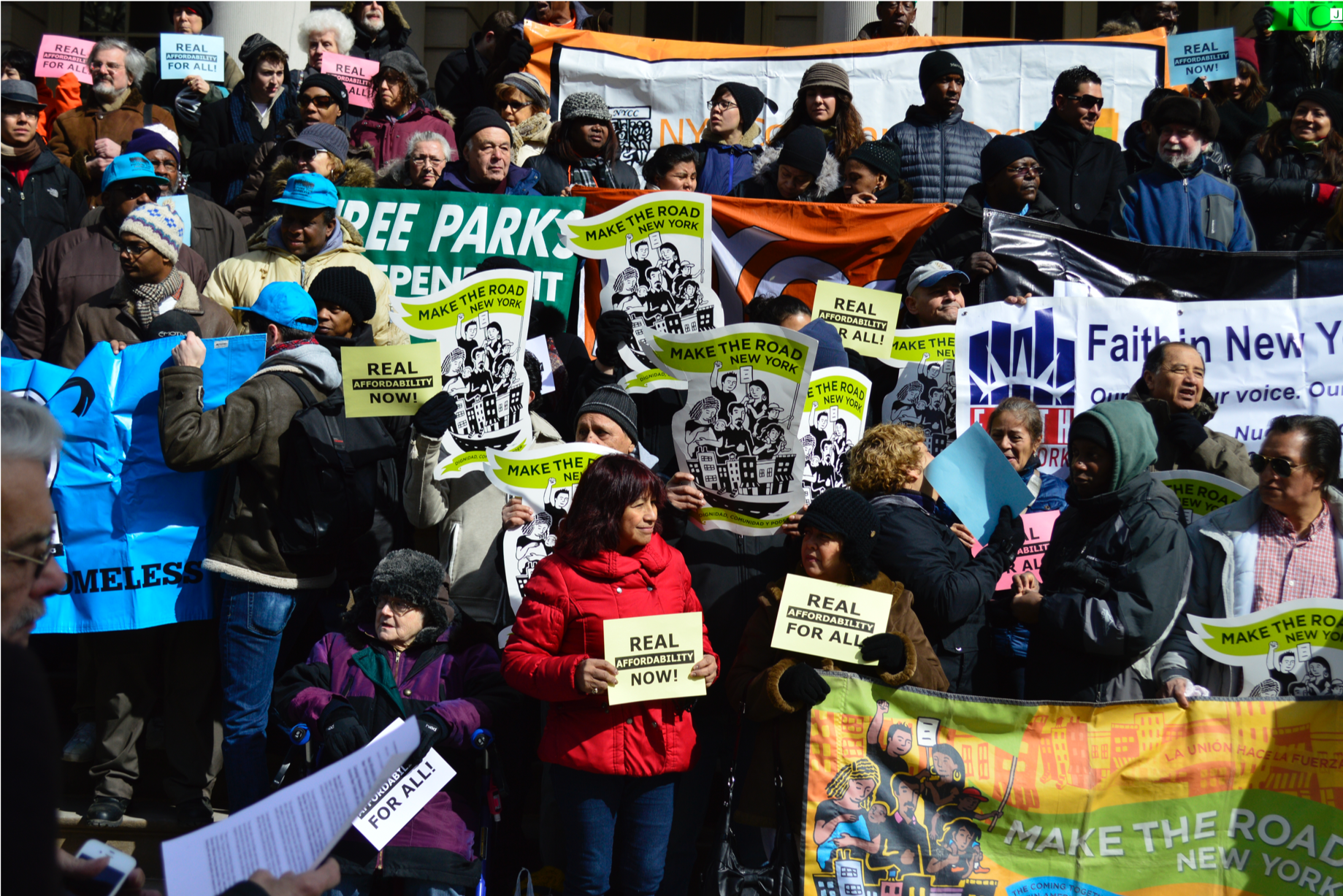 Members of New York’s housing-oriented movements at an affordable housing rally at City Hall. I call these accidental climate protagonists. Nearly all have since embraced a climate justice agenda.

1. Undergraduate research into urban carbon emissions: How are cities actually working to reduce carbon emissions, and how reliable is the data they use to report progress?

Dr. Cohen worked with undergraduate Margaret Badding to collect urban carbon emissions inventories, and decompose them. Together they identified a pervasive flaw in cities’ emissions reporting, such that it was impossible to determine whether urban actions had reduced building carbon emissions (reductions in energy use and decarbonization of regional electricity grid not differentiated), despite widespread rhetoric asserting that cutting building emissions is cities’ most important low-carbon contribution.

Dr. Cohen worked with undergraduate Adiel Izilov to develop a comprehensive global database of press coverage of congestion pricing efforts from 2000 to 2016, using Lexis-Nexis and Proquest. Together they discovered a surprisingly widespread effort through US, and cities worldwide, to explore congestion pricing, virtually all of which ended in failure. This discovery suggests that Michael Bloomberg’s failure in New York to replicate Ken Livingstone’s success in London had much wider ramifications than is widely recognized.

Through a series of interviews, Dr. Cohen discovered that a much finer-grained set of legal and quantitative instruments has been necessary to actually generate win-win policies; moreover, these details have become the chief terrain of struggle, as well as the question of whether “just” values would be adopted.

Data issues, broadly understood, are surprisingly problematic in urban climate politics. From capsule stories about best practices to specifying the causes of emissions reductions to assigning market value to community energy justice projects, good data is hard to find, poorly constructed, or non-existent. Most social scientists work with high-quality datasets because it’s easier. We must work harder to engage with (and reconstruct, and repair) low-quality data when it informs crucial policies, as in the politics of climate change.