Avengers in the Anthropocene

The following post is part of the Exploring the Environments of Modernity series, featuring the voices of some of the organizers and participants of a symposium that explored the conceptual arenas of "environment" and "modernity" in the humanities and social sciences. Below, Martin Premoli uses themes from the symposium to think about one of this summer’s biggest blockbusters.

In her opening address for the Environments of Modernity conference, literary scholar Kate Marshall tackled one of the most prevalent contemporary figures of environmental discourse: extinction. Defined by Marshall as a “cultural trope that both makes insistently present a process of reckoning not only with biological finitude but also with human complicity in its production,” the trope of extinction has been depicted and explored through an array of cultural forms and a variety of narrative genres. Working within this expansive field, Marshall’s talk examined two prevalent sub-categories of extinction that she has encountered across a range of contemporary fiction: pseudo extinction (“extinction that replaces rather than wholly eliminates a species”) and de-extinction (“the partial resurrection of extinct species”).  These sub-categories of extinction, Marshall explained, are particularly interesting to think about because of the ways in which they diversify our understanding of extinction, rendering it more capacious and resistant to the idea that “biological finitude is not the limit point of the extinction narrative.” In her talk, Marshall illustrated this perspective using a number of recent popular films and novels, such as Jeff VanderMeer’s Southern Reach Trilogy (the first book, Annihilation, was recently adapted for the big screen), Ruth Ozeki’s A Tale for the Time Being, and Neal Stephenson’s science fiction novel, Seveneves.

Issues surrounding extinction, narrative form, and (popular) cultural representation also powerfully coalesce in the recent summer blockbuster Avengers: Infinity War. The newest marvel film, directed by Anthony and Joe Russo, has garnered attention for its unprecedented formal structure (as a cross-over story, the film merges narratives and characters from over a dozen Marvel films) and for its global financial success (having broken a number of box-office records during the first week of its release). Less discussed, however, is the film’s governing interest in mass extinction. With Marshall’s work in mind, I hope to reflect on the ways in which this immensely popular film explores questions of resource finitude and species extinction within the context of environmental degradation. I’d like to suggest, ultimately, that the film’s depiction of extinction reflects a contemporary cultural interest and anxiety over how to navigate concerns surrounding the large scale destruction of species life and an ambivalence toward the possibility of radical conservation.

*Spoilers from the film below*

Infinity War follows the story of a group of intergalactic heroes as they confront Thanos, a powerful alien tyrant in search of the reality-shaping infinity stones. As the film nears its conclusion, Thanos (with the help of his “children”) tracks down all five stones, and with a snap of his fingers, erases half of all (human and humanoid) life within the universe. In the film’s closing minutes, we witness a series of haunting scenes in which planes fall from the sky as their operators vanish and cars collide as their drivers disappear. We also see many of  Marvel’s most beloved heroes unceremoniously disintegrate into dust. What’s perhaps most interesting about the film’s narrative, however, is its vested interest in unpacking Thanos’s motivation for initiating a half-extinction. Through a series of flashbacks, the film explains that the destruction of Thanos’s home planet, Titan, resulted from unsustainable resource extraction and issues relating to unchecked population growth. Sensing the danger inherent to these patterns of development and consumption, Thanos warns the people of his homeworld, but is exiled from his community shortly before the planet’s collapse, resulting in his solitary survival. Thanos, in other words, becomes an “endling.” From this experience, Thanos develops his eco-philosophy of “balance,” a practice of radical conservation through which he plans to erase half of each planet’s population, enabling society to “prosper” at a proper rate and scale.

Embodied within this ambivalent depiction of Thanos are various key tensions of the Anthropocene: What economies and political systems might arise under the shadow of resource finitude? What methods might be developed for the “responsible” management of population growth? What issues and limitations are tied to geo-engineering? What is the appropriate scale for potential solutions? And how does one determine who has the power to make these decisions? Answers--or attempts at answers--to these concerns have been discussed by a range of environmentalists today. 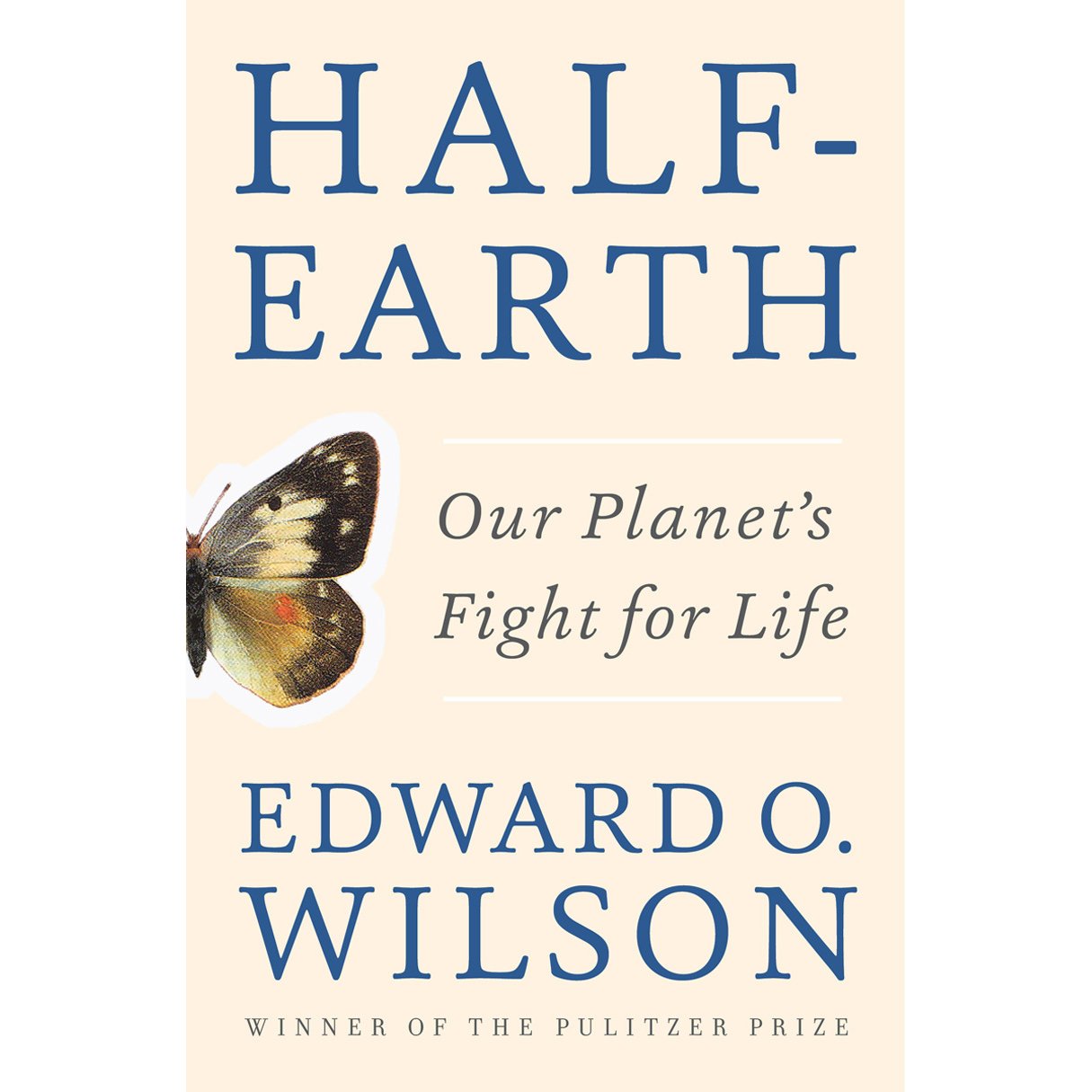 Biologist E.O. Wilson’s provocative and troubling “Half Earth” plan, for example, argues for emptying half the earth of its humans in order to mitigate our current ecological crisis. This sentiment has been recently echoed by author Kim Stanley Robinson, who claims that “we leave about half the Earth’s surface mostly free of humans, so wild plants and animals can live there unimpeded as they did for so long before humans arrived.” While these provocations are undoubtedly more nuanced than Thanos’s imperialistic approach, they nevertheless provide utopian visions toward conservation that overlook many of the social, economic, and political issues that such plans would generate.

Thinking back to Marshall’s keynote, I’d suggest that this difficulty is, in part, tied to contrasting and contradictory definitions of extinction that reside within our cultural imagination and current social frameworks. On the one hand, Infinity War, articulates a commonly accepted understanding of extinction: the death or decimation of a life form which is the last of its kind. This is depicted, as I’ve discussed above, through the story of Thanos and the destruction of his homeworld. Yet the film also proffers an alternative understanding of extinction, one that resonates with the work of the eco-philosopher Thom van Dooren. In van Dooren’s viewpoint, extinction is more accurately and profoundly understood not as the erasure of a life form, but of a form of life: “there is no single ‘extinction’ phenomenon [but] a slow unraveling of intimately entangled ways of life that begins long before the death of the last individual and continues to ripple forward long afterward” [3]. This understanding of extinction comes into focus through the actions of the Avengers (particularly in a closing scene with Tony Stark, played by Robert Downey Jr.), who resist and challenge Thanos’s claim that “When I'm done, half of humanity will still exist. Perfectly balanced, as all things should be.” Such a vision of extinction (or extinction-prevention), the film suggests, overlooks the complex, intertwined ways of life that are extinguished as a result of half-earth schemes, such as the one enforced by Thanos.

While Avengers: Infinity War is by no means a film without its limitations, it serves an illuminating example for understanding the ways in which questions of “biodiversity, endangered species, and extinction are primarily cultural issues, questions of what we value and what stories we tell” [4]. The story told in Avengers: Infinity War demonstrates a growing concern for issues that stem from the appropriation and decimation of the earth’s resources and natural diversity. Like many of the popular forms that Marshall uses to theorize extinction (whether it be of the de- or pseudo-extinction kind), Avengers: Infinity War unsettles and expands the parameters that shape our understanding of this tragic reality, asking that its audience meditate upon the permanence of loss of life (there are numerous websites, for example, debating who is really dead) and whether possibilities for hope and kinship arise in the face of ecocide. And given the film’s massive success, it seems that viewers won’t have to wait too long to see how Marvel continues its exploration of extinction within the cultural imagination.

[1]  While the film rightly suggests that Thanos’s actions are ultimately dictatorial and destructive, it is nevertheless, as I’ve illustrated above, invested in complicating that depiction.

[2]  This comparison is not intended to imply that the perspective Thanos and E.O. Wilson’s/Kim Stanley Robinson’s are interchangeable or equivalent, but rather that the film depicts an extremist, distorted version of the half-earth argument. Infinity War, in other words, takes this Malthusian logic to its frightening apex.

Martin Premoli is a third year doctoral student in Comparative Literature at University of Pennsylvania. His interests lie at the intersection of postcolonial studies and eco-criticism, and his current work takes up the possibilities and limitations for ecological thought and environmental justice in contemporary Anglophone fiction. Martin holds an MA in English from University of Virginia and has published for Safundi: The Journal of South African and American Studies.