The Scales of the Sea: Introduction to Blue Notes

Despite the importance of marine systems in global ecological networks, we know relatively little about them, which can make ocean conservation difficult. Through a range of literary, historical, scientific, and practical approaches, this series explores how oceans encourage us to expand and blend traditional forms of knowledge. Parts 1, 2, 3, and 4 will be posted in the coming weeks.

In jazz and folk music, a blue note is a tone played at a non-standard pitch for emphasis or expression. Often registering as mildly dissonant, blue notes – which can be produced by bending the strings on a guitar – are not part of the major or blues scales associated with a work of music, instead falling between the notes of these scales. To the listener, a blue note may inspire a sudden shift in perception, as we become aware of a much larger spectrum of musical possibilities.

Blue notes offer a fitting metaphor for the ways that oceanic systems can destabilize our perceptions of the world. The sea can also bend sound (and light), and requires us to think using multiple scales – from phytoplankton to baleen whales, from tide pools to global ocean currents. Above all, oceans can expose the limitations of our conceptual frameworks, and can suggest more fluid ways of studying natural and cultural systems. 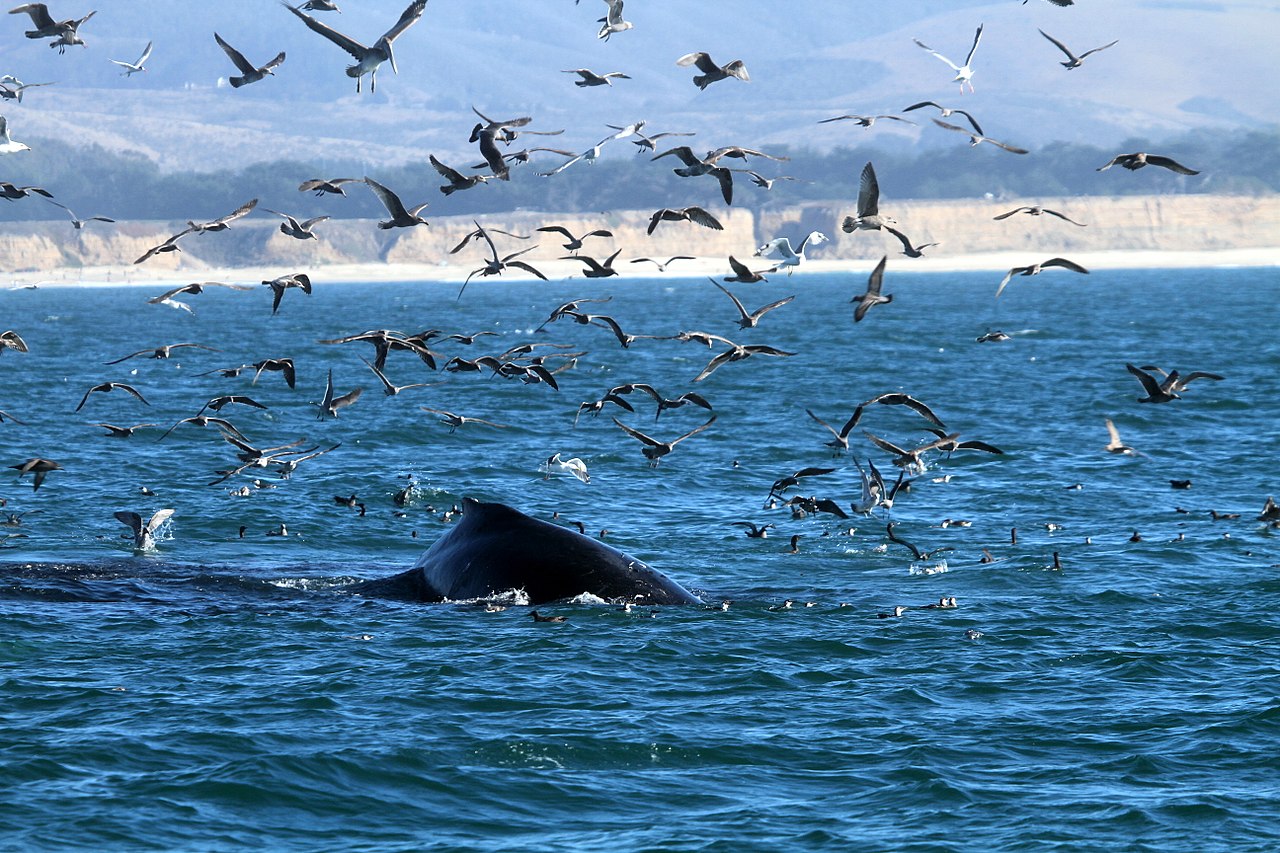 One of the challenges associated with marine research of any kind is the large amount of uncertainty: compared with terrestrial systems, we know little about the world’s oceans and the species that they support. Moreover, much of our knowledge has been recently acquired, making long-range historical research difficult. Images of the giant tube worms and white crabs that inhabit hydrothermal vents are common today, but these benthic systems were only discovered in 1977. The first recording of a live giant squid was made in 2006, and it was only in 2016 that researchers obtained evidence for Greenland sharks being the longest-lived vertebrate, with a life expectancy of roughly 300 to 500 years. 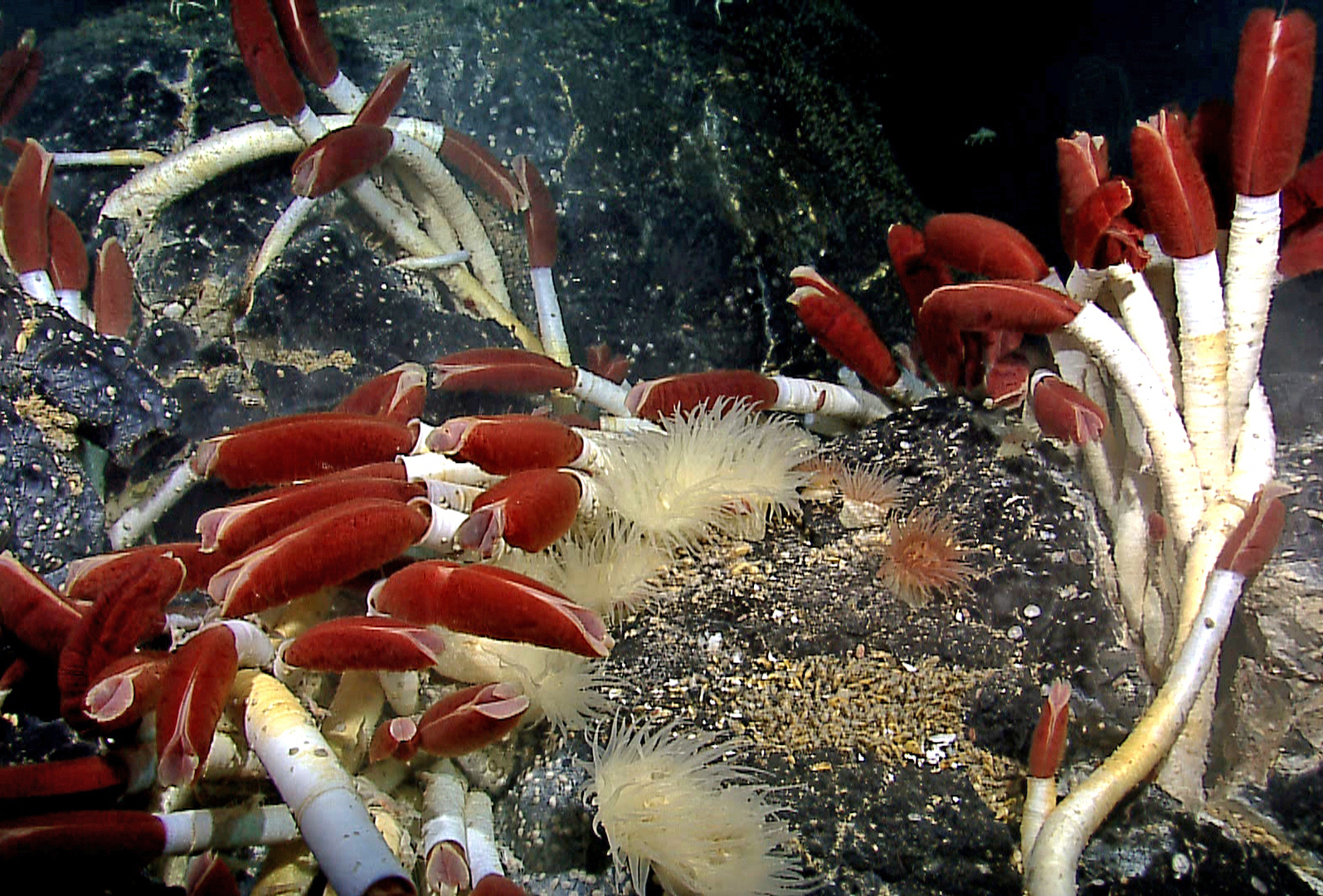 This level of uncertainty may itself be informative, in that it reminds us of the fragility of human life and the limited extent of our knowledge. The oceans contain 99 percent of the habitable space on this planet, raising the question of whether we, as terrestrial organisms, should consider ourselves an exception rather than the rule. As the Scottish geologist Charles Lyell observed nearly two hundred years ago, we would have a more complete understanding of the Earth’s history “[i]f we were inhabitants of another element – if the great ocean were our domain, instead of the narrow limits of the land.”

Nonetheless, the perceptual challenges associated with the oceans often have negative consequences for conservation efforts and public engagement. Not only are we in the midst of an unprecedented overfishing crisis – the United Nations’ Food and Agriculture Organization has estimated that 33.1 percent of world fish stocks were overfished in 2015 – but we are also witnessing ecosystemic changes that will have a profound impact on terrestrial life. To give but one example, warming could reduce the strength of oceanic currents and impact the ocean’s function as the largest active carbon sink on Earth. Yet for most humans, these changes happen out of sight, and on scales too large to easily conceptualize. Moreover, they conflict with conventional views of the sea as timeless and bountiful, notions that extend back to antiquity. 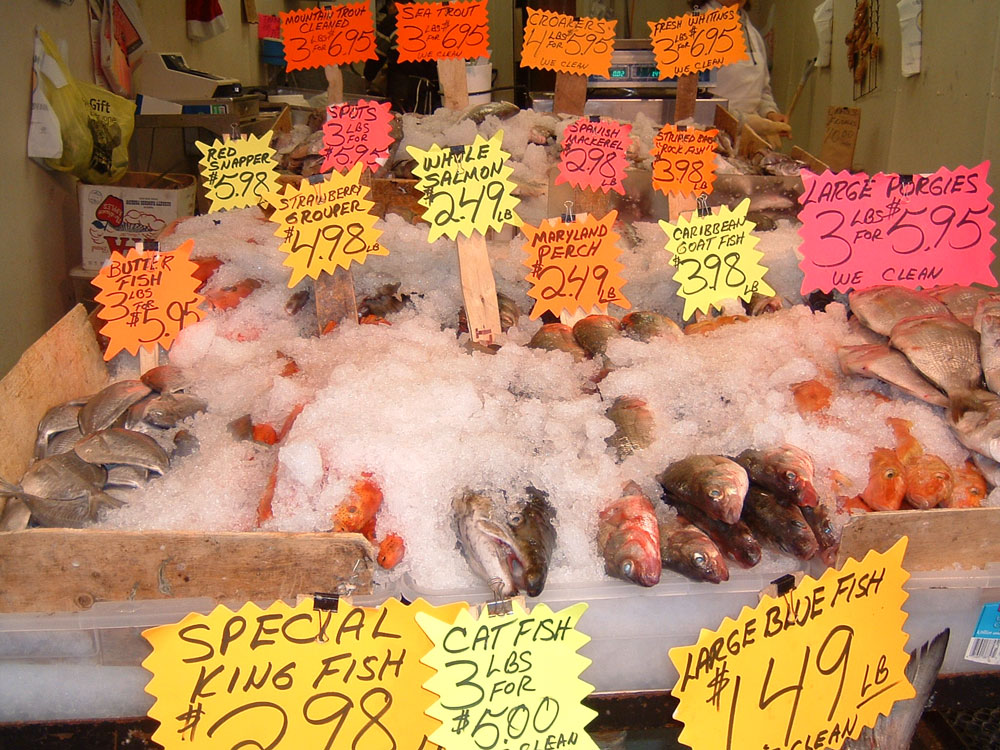 Mindful of these interlaced representational and ecological issues, a number of artists and scholars have recently identified a need for interdisciplinary approaches that acknowledge the unique characteristics of oceanic systems, often termed “blue cultural studies” or the “blue humanities.” As an example, we might consider the trend of “historiciz[ing] the oceans,” as John R. Gillis describes it. Scholars have suggested that the circuitous rhythms of marine systems encourage us to imagine different models of history, and to think across multiple timescales; just as a tide might bring back that which was lost in the waves, oceans prompt us to reflect on both the personal and distant past. Steve Mentz thus offers the concept of “shipwreck modernity,” using the figure of the shipwreck to outline a model of history characterized not by radical ruptures, but by multiple “disorienting but survivable disaster[s]” (Shipwreck Modernity, pp. xxix–xxxii).

In many cases, oceans also evoke traumatic histories of colonization and violence. In her analysis of the normativity of Black death in the United States – what she calls “a pervasive climate of antiblackness” – Christina Sharpe locates American society “in the wake” of Atlantic chattel slavery, and identifies “the reappearances of the slave ship in everyday life in the form of the prison, the camp, and the school” (In the Wake, pp. 106, 21–22). The poet Carolyn Bergvall connects shipwreck to violence in Drift, which draws on Old English poems such as “The Seafarer” to address both Bergvall’s family history and the perilous journeys taken by modern migrants across the Mediterranean. Considered together, these writers reveal the potential for “blue” approaches to generate useful entanglements of science, history, politics, and personal feeling. 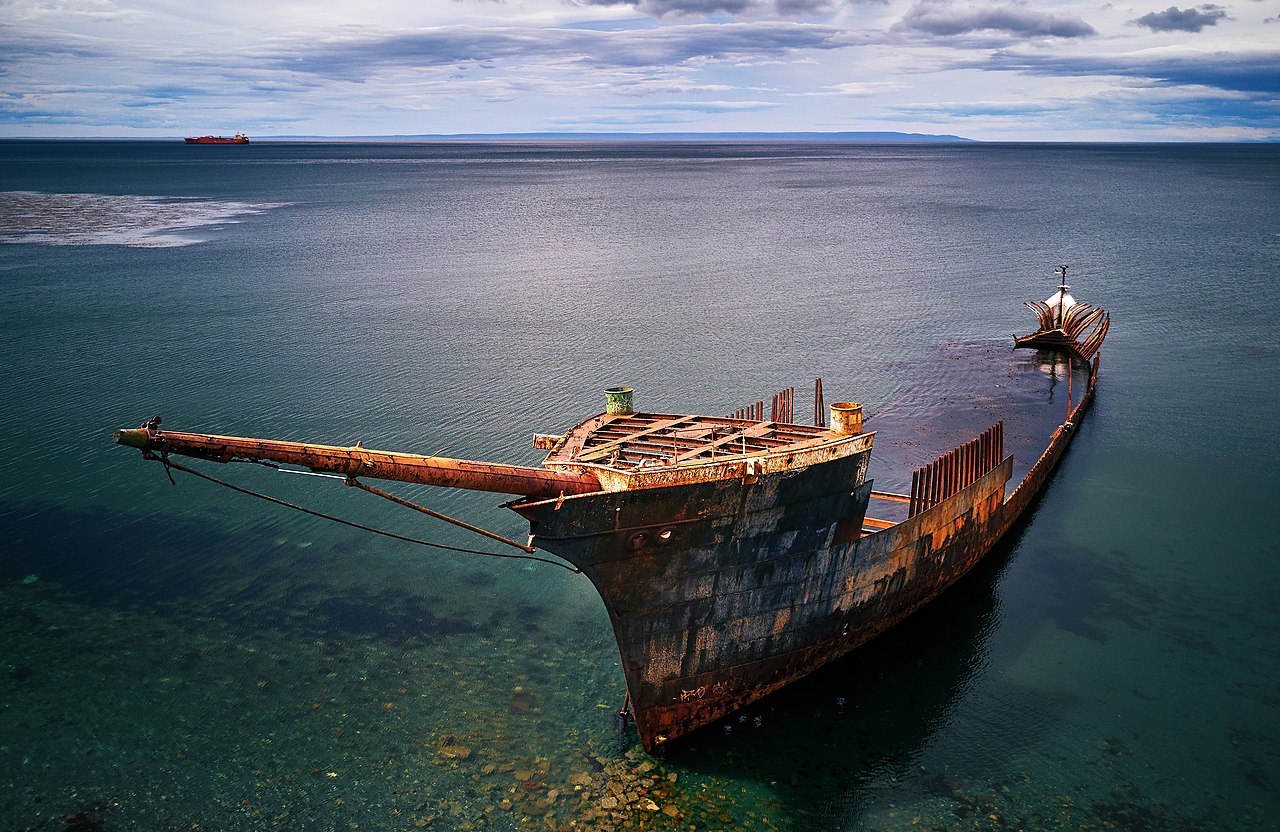 As a transposition of Field Notes into bluer tones, the following series is designed as a contribution to this emerging area of thought. It also participates in ongoing efforts at PPEH to expand the boundaries of the environmental humanities, from the living archive “for” a river, the Schuylkill Corps Archive, to the newly launched covid X climate project, which probes the intersections between the current global pandemic and climate change.

The four contributors to this series include accomplished sailors, scientists, swimmers, and scholars, all of whom engage with several disciplines and/or media forms in their work. Steve Mentz begins the series with a post linking the “wet globalization” of the early modern period to the networks underlying the spread of disease today. Mentz is a Professor of English in New York, and has written numerous creative and critical works about historical and contemporary seas, as well as swimming and sailing. In Part 2, Melody Jue reflects on her participation in an oceanographic research cruise off the coast of Southern California, including the film that she produced as a record of the trip. Jue, who is Assistant Professor of English at the University of California, Santa Barbara, often draws on her experiences as a scuba diver to study media about and through oceanic environments, from science fiction to underwater art.

In the third post, microbial ecologist and science policy analyst Arthi Ramachandran describes her experiences on research vessels in the Canadian Arctic, where she spent weeks at a time collecting samples of marine microbial life. Ramachandran took many photographs documenting these trips, and her image of an icebreaker ship won the “People’s Choice” award in a recent scientific photography competition. The series concludes with an audio interview with Jerry Hussey, a fisherman and sea urchin diver in Eastern Newfoundland. Hussey’s deep knowledge of local ecosystems has led him to collaborate with well-known chefs as well as visiting researchers and filmmakers.

These authors have worked in marine and coastal ecosystems around the edges of North America, drawing on different forms of knowledge and intimacy with the ocean. All have thought carefully about the roles of human art, craft, and relationships in (terr)aqueous environments, and the ways that land-based practices must shift in these locations. Finally, all are deeply engaged with the ecological issues that marine systems bring to the fore, including climate change, ocean acidification, overexploitation of marine resources, invasive species, and sea level rise. I invite you to immerse yourself in their reflections. 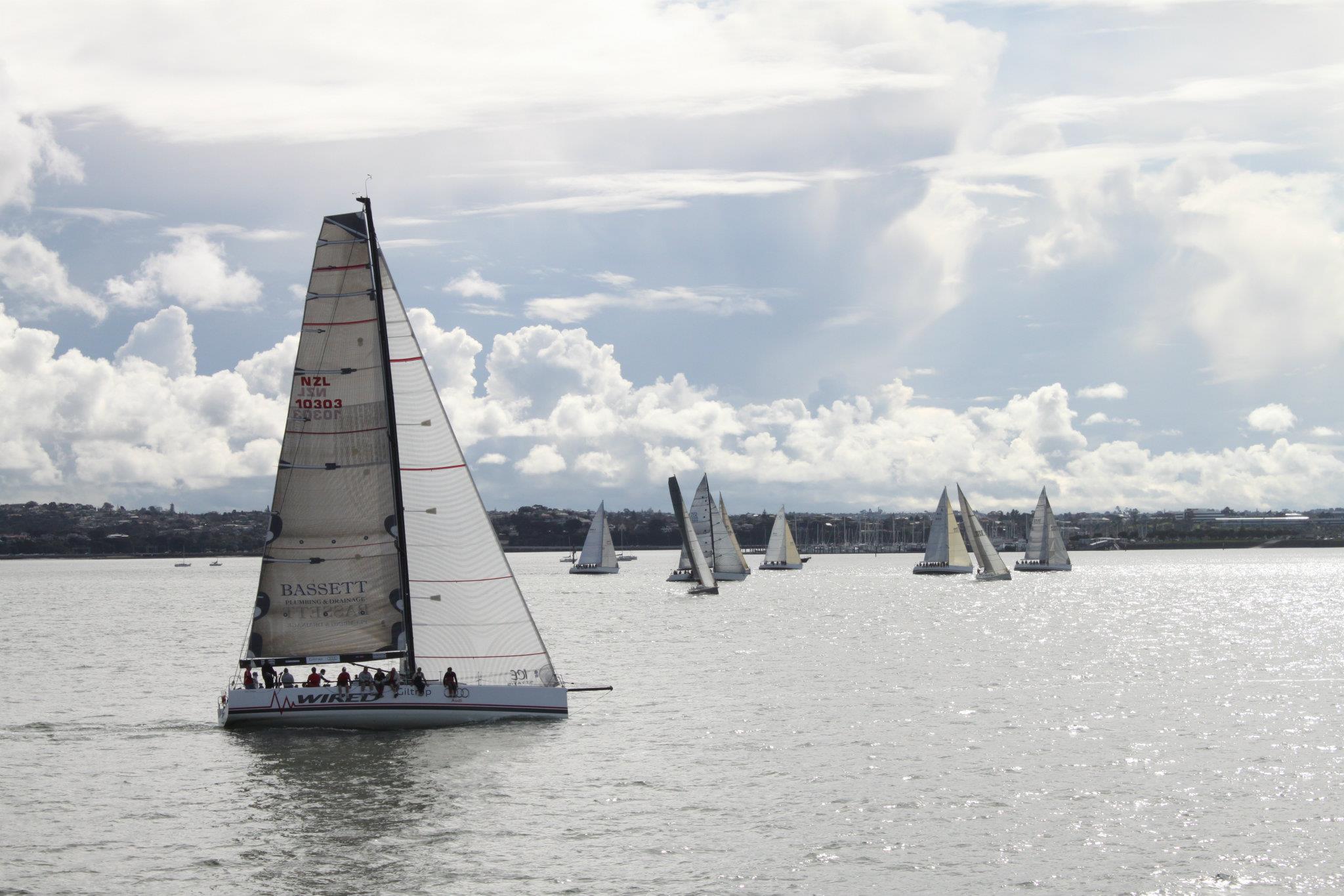 Aylin Malcolm is a Ph.D. Candidate in the Penn Department of English and a 2019–2020 PPEH Graduate Fellow. Aylin’s research focuses on late medieval literature, the history of natural science, and the uses of the past in addressing the current ecological crisis.