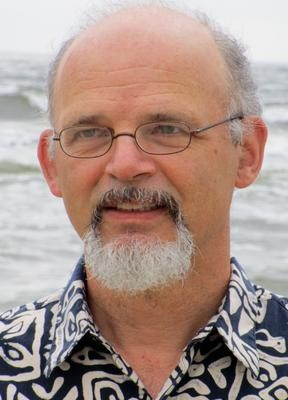 Simon Richter is the Class of 1942 Endowed Term Professor of German and Dutch literature and culture; he is also faculty fellow at the Penn Institute for Urban Research and Perry World House. Professor Richter’s research deals with cultural aspects of adaptation, resilience, and migration in the context of the climate emergency. He focuses in particular on the role of narrative in imagining and designing optimal responses to future climate scenarios in Germany, Indonesia, The Netherlands, and the United States. He was a member of an international design team for “Water as Leverage” in Semarang, Indonesia (2018), and “Resilience by Design” in the Metropolitan Region of Amsterdam (2020). He initiated the Penn 1.5* Minute Climate Lectures and co-founded and co-directs Climate Week at Penn. He regularly teaches two popular courses called “Water Worlds: Cultural Responses to Sea Level Rise and Catastrophic Flooding” and “Forest Worlds: Mapping the Arboreal Imaginary.” As @Poldergeist3 he tweets about life below sea level and hovers over polders around the world. With Joshua Mosley, he is co-director of Project Poldergeist, which involves teams of student researcher/artists who create animated videos that reveal critical insights into water management and climate adaptation in the Netherlands and elsewhere.