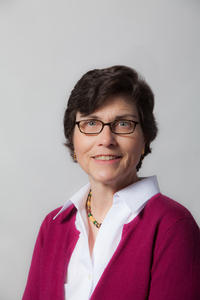 Professor of Biology and Department Chair

Research in my plant ecology lab is wide-ranging, with recent projects focusing, broadly, on the responses of plants and soil microbes to various stresses: including climate change, soil contaminants, and the inhospitable environment of coastal sand dunes.  We work at the level of individuals, populations, and communities.

We pursue various questions with data from a four-year climate change experiment in the steppe of Mongolia, including how temperature increases will interact with changing precipitation patterns and land use to affect the structure of plant communities, flower production, and flowering phenology.  Replicating the experiment at two locations in the landscape enabled us to incorporate existing spatial variation in the microenvironment and steppe vegetation.  We are particularly interested in whether functional leaf traits, e.g. N and C content and specific leaf area, can explain climate-induced changes in the abundance of individual species and responses by the plant community as a whole.  We consider both interspecific variation in leaf traits and the plasticity of the traits under different climate scenarios.

The Anthropocene has produced significant and widespread environmental pollution.  We seek to understand the effects of soil contaminants on the structure of plant communities, their development over time, and their associated arbuscular mycorrhizal fungi.  Conversely, we investigate the utility of plants and the role of these fungi in the remediation of polluted sites.  We work with soils polluted with heavy metals and sites with high levels of asbestos.  We consider locations where asbestos occurs naturally, including serpentine outcrops in Eastern Pennsylvania, and an industrial waste site.

Coastal sand dunes are the first line of defense against tidal surges produced during storms, and storm severity is expected to increase with climate change.  Plants are key in building dunes and essential in stabilizing them.  We investigate factors that govern the colonization of bare dunes by vegetation, including mycorrhizal fungi, and the plant traits that best explain variation among species in their ability to serve as dune-building engineers.