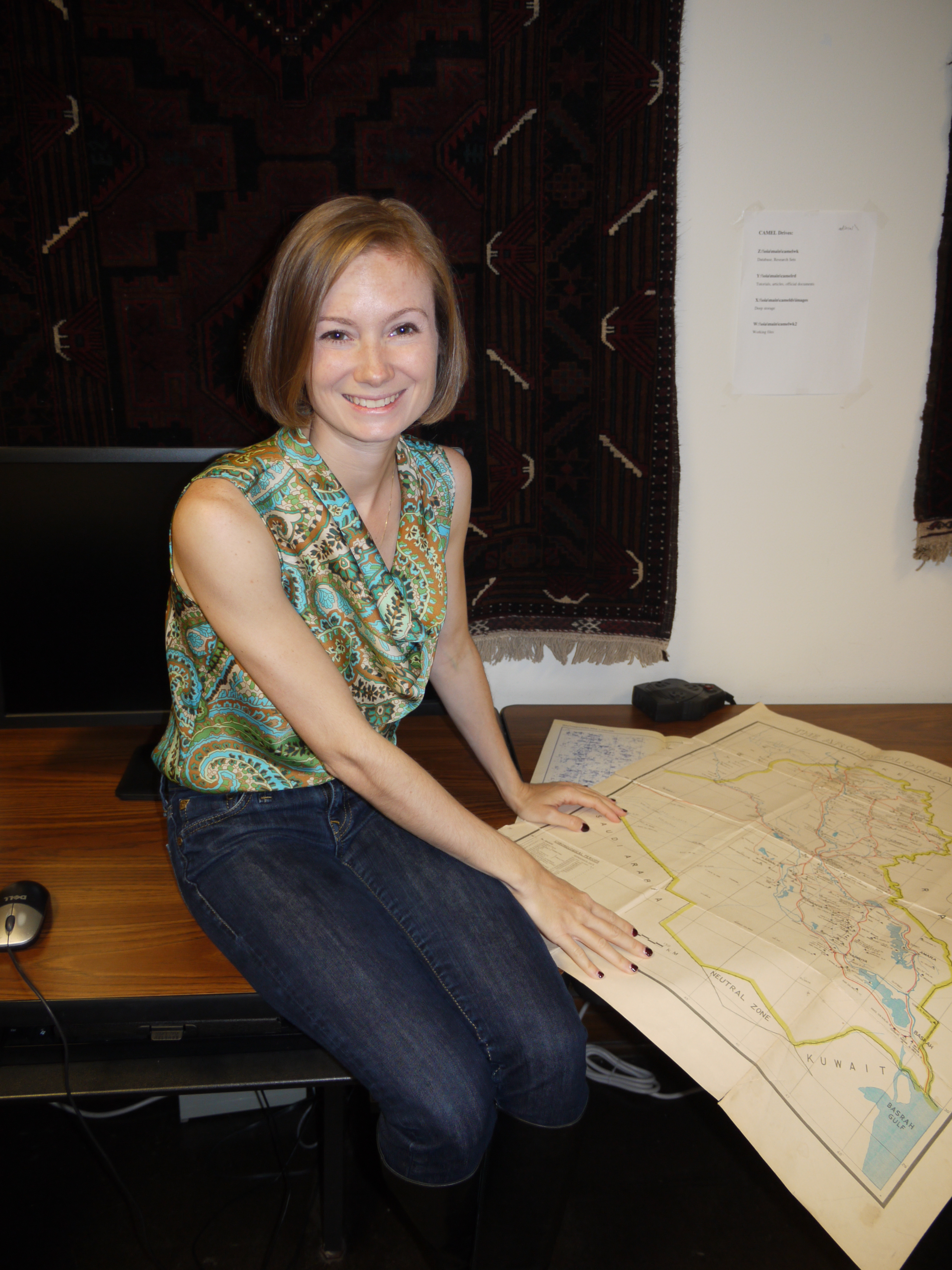 Assistant Professor of Near Eastern Languages and Civilizations

Emily Hammer is an anthropological archaeologist of the Middle East and South Caucasia. Her research applies spatial analyses to material culture to investigate the territorial organization of ancient polities, the development of early cities, and long-term changes in the interactions between culture and environment. She uses geographic information science (GIS) methods, archaeology, and archival research as tools for recovering human experiences that have otherwise been sidelined in narratives about the past, particularly the experiences of mobile pastoralists and other communities that lived in agriculturally marginal environments such as deserts and highlands.

Through field research in Turkey, the United Arab Emirates, Azerbaijan, and Iraq, Emily has studied the relationship between mobile pastoral and sedentary communities of the Bronze Age, Iron Age, and medieval/Ottoman periods. Her current collaborative projects include a survey at the Mesopotamian site of Ur in southern Iraq, a survey of fortresses and settlements in Naxçıvan, Azerbaijan, and two laboratory research projects on mass-kill hunting traps (desert kites) in eastern Jordan and pre-Islamic fortification patterns in the Balkh oasis of northern Afghanistan. These projects draw from new, rarely-used archival data sources, specifically recently declassified military intelligence imagery (early Cold War-era Hexagon and U2 imagery) that shows archaeological features much more clearly than modern satellite imagery. As a participant in the global collaborative project “LandCover6K,” Emily is working with other historians and archaeologists to reconstruct land use over the last 6000 years in the Middle East and other parts of Asia in order to improve climate change modeling.