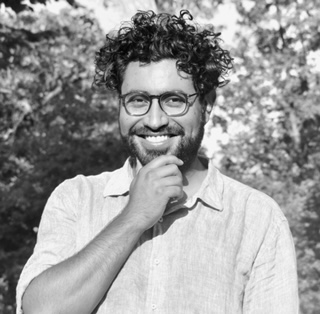 Pablo Aguilera Del Castillo is a Mexico City native and a Ph.D. candidate in socio-cultural anthropology at the University of Pennsylvania. Pablo’s research is situated at the interface of Science and Technology Studies (STS), Environmental Anthropology, and Latin American studies. With a background in environmental studies, development studies, and anthropology, Pablo’s work has focused on different forms of environmentalism and environmental programs across Latin America bringing him to his current work in Mexico.

His doctoral research analyzes the importance of the Yucatec Karst Aquifer System in southeastern Mexico for the articulation of new forms of environmentalism around subterranean spaces such as cenotes, caves, wells, groundwater, etc. As part of this project, he considers nascent forms of collaboration between experts and communities, reconfigured claims of territorial sovereignty, and emergent forms of legal, scientific, and environmental expertise. In his work, Pablo has frequently experimented with photography, participatory mapping, and audio ethnography as multimodal tools to study how people articulate claims of environmental justice and materialize political changes. His graduate research has been supported by the Mexican National Council of Science and Technology (CONACYT), the Wenner Gren Foundation, the Penn Museum, the Center for Latin American and Latino Studies (CLALS), and the Center for Experimental Ethnography (CEE). He is currently a graduate fellow at the Penn Program for Environmental Humanities (PPEH) and a founding member of Penn’s EnviroLab.