Reframing Humans, Animals and Land in Contemporary Brazilian and Argentinian Cinema, Essay 3: This is What the Land Does

This is What the Land Does 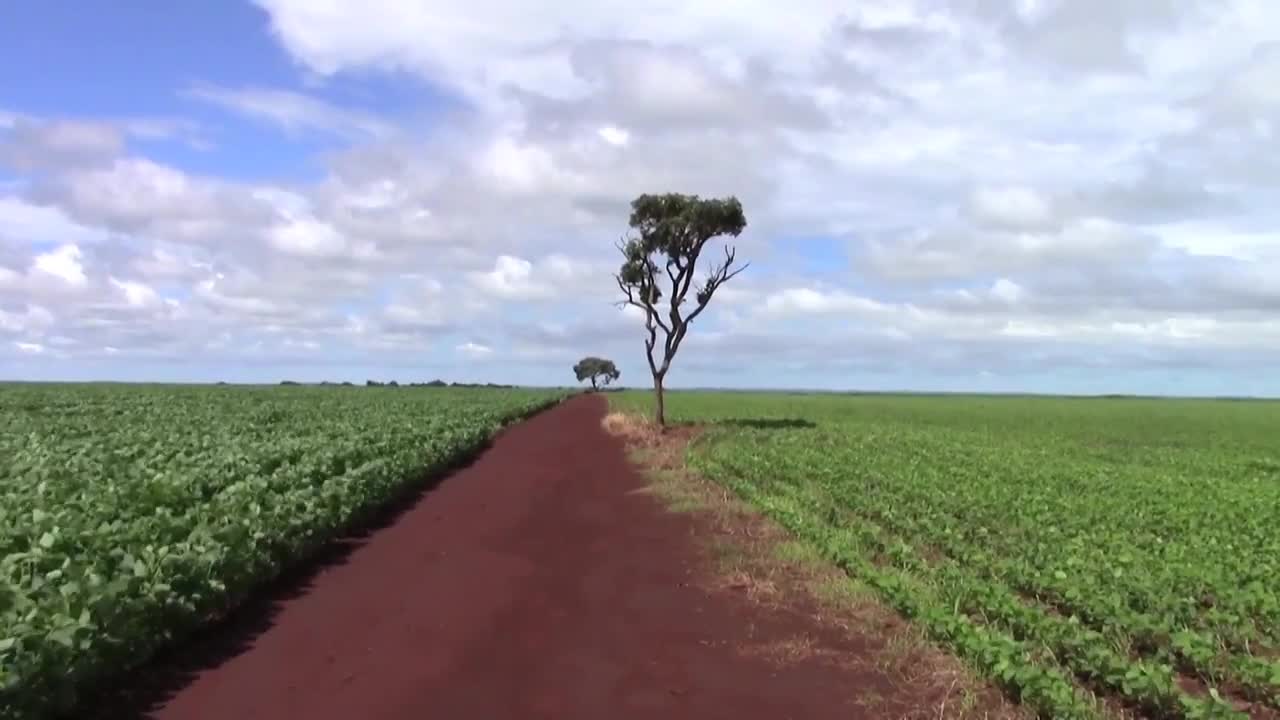 A sun-soaked composition of a tree by a stretch of dirt surrounded by crops that extend beyond the sides of the frame. The setting recalls Humberto Mauro's Brasilianas (1945-58), a series directed by the godfather of Cinema Novo who saw landscapes as vessels for an avant la lettre ethnomusicology of the Brazilian folk songbook. At the same time, the symmetry of the composition finds kinship in Chantal Akerman and James Benning, creating tableaux of unorchestrated musicality. While these references might seem inevitable for cinephiles, Ava Yvy Vera is not particularly invested in a genealogy of Brazilian cinema, nor a filiation alongside radical auteurs. The opening shot, which lingers for over five minutes, encapsulates that difference: the symmetry in Akerman or Benning is shaken by the handheld camera, rendering abstract the separation between image and body; the romanticization of folk music in Mauro gives way to a voice recorded in situ, recalling a tragedy in a language so native (Guarani) it requires subtitles. "Everyday I came under that tree to make a call," says the male voice. "It's only safe to come at night. There are many gunmen around here."

This luminous farm is too dangerous during the day; better at night, when the visible is not as visible, and the quiet echoes a different sound. But this shift between night and day is only one example of the holistic inversion happening throughout this shot. Ava Yvy Vera was made by first-time Guarani and Kaiowa filmmakers supported by the Federal University of Minas Gerais (UFMG), Brazil, through the project Imagem Canto Palavra nos Territórios Guarani e Kaiowá, in Mato Grosso do Sul. Following a workshop by university instructors, the filmmakers used video to capture a reality of oppression in memory of the murder of Nisio Gomes, a former Guarani and Kaiowa leader.

Trauma is a landscape where a tree barely creates shade. "This place was a big bushland, and now see what replaced it… There were many guavira fruits here… termite nests… medicine." Now the fields are covered with soybean crops for large-scale exportation. The mythical space of the campo—the field, the rural area, but also the pro-filmic—is not an idyll, as in Alê Abreu's O Menino e o Mundo (The Boy and the World, 2013), or a space of political confrontation, as in Eduardo Coutinho's Cabra Marcado para Morrer (Twenty Years Later, 1984). Instead, the orderly green leaves cover up the extinction of wilderness, and the rural expanse is part of a surveillance apparatus. It is all a matter of perspective, and one of the many contributions of indigenous cinema in Brazil is this ability to question an entire symbolic system with a twist of the gaze.

After two minutes and fifty seconds of jittery stillness, the camera starts moving towards the tree in the center of the frame. "Only under that tree I could get reception... For me that tree was like an antenna." Instead of a clash between nature and culture, the film articulates a world of high-tech ancestry where complex exchanges take place: the last standing tree is an antenna; the wind was created by white men (the karaí), who took down all the trees; the camera is both an external presence and the tool that would've filmed those who hurt them and killed their leader. When the view pans around, showing the crops as the voice describes what used to be there, layers of history coalesce in the dialectic between image and sound, between the past and the present. What is the pertinence of systematic oppositions between the rural and the urban in the daily bloodshed of state-sponsored, cutting-edge agribusiness?

For most of the remaining 45 minutes, Ava Yvy Vera reclaims this space through documentation of village life and a mise-en-abyme of reenactments. The pivotal moments, however—the opening, the end, and the retelling of Nisio Gomes' assassination—come as landscape shots with voiceover narrative, as if the body was an inconvenient mediator between the voice and the world. These shots mirror the paradox of the cinematic experience: the past and the future are all here and now. At the end of the film, the camera once again loses sight of human bodies to fill the thunderous night with a voice. Sunk in the theater, the viewer shares the still of the dark cut through by flashes of illumination: "I arrived at the endless lightning place. In here, I can see everyone with the same painting… This is how time works." In the belated reenactment of an all-too-present trauma, Ava Yvy Vera points to a future cinema that can only come from facing the partiality of the past and the brutality of the present.