This blog-series explores a question: how is urban life altered by the world's radically shifting climate? In his introduction, Martin Premoli discusses why this is a relevant concern to engage with and introduces a cluster of critical responses that explore this issue. Parts 1, 2, 3, 4, and 5 will be posted in the weeks to come.

“New York, New York, it’s a hell of a bay. Henry Hudson sailed by and saw a break in the coast between two hills, right at the deepest part of the bight they were exploring. A bight is an indentation in a coastline too broad and open to be called a bay, such that you could sail out of it on a single tack. If you don’t care about such an antiquarian sailor’s fact, bight me. Sail ahead a page or two to resume voyeuring the sorditities of the puny primates crawling or paddling around this great bay. If you’re okay pondering the big picture, the ground truth, read on.” ~ Kim Stanley Robinson, New York 2140 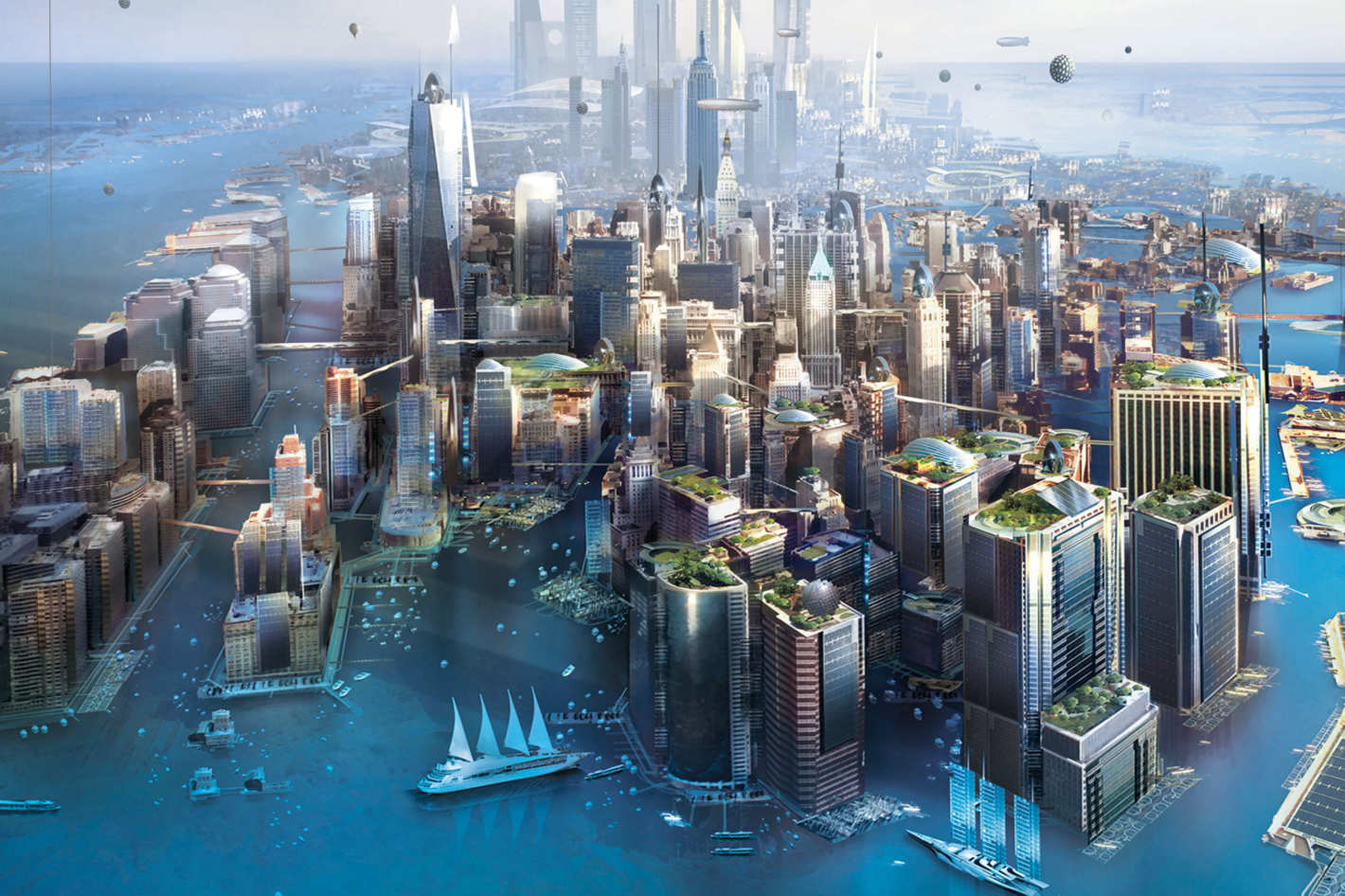 In Kim Stanley Robinson’s New York 2140, one of the novel’s many narrators (called simply “a citizen”) sketches the geological history of the New York bight, an indentation along the Atlantic coast of the northeastern United States. According to the narrator, the region’s deeper, geological history—which is referred to as “the big picture, the ground truth”—is essential context for understanding the subsequent colonial and developmental history of the New York bay. When the northern iceberg melted ten thousand years ago, they explain, the Atlantic swept in and filled all the valleys on the eastern seaboard, creating the “Long Island Sound, then the East River and all the rest of the vast complicated mess of marshes, creeks, and tidal races that is our bay in question.” These layers of history, in other words, are thoroughly mixed and muddied.

A geological account of history is not only significant for understanding New York’s contemporary landscape, but it is also vital for comprehending the ecological future that Robinson’s novel lays bare. (And if you disagree with the narrator’s opinion on this, or don’t care to hear it, you can “bight” them.) New York 2140 depicts a vision of an inundated—yet booming—New York City. After anthropogenic climate change has melted much of the ice in Antarctica and Greenland, water levels around the world have shot up by fifty feet, causing coastal cities around the world to experience severe flooding. Along with urban inundation, this hydrocatastophe has also led to a “meltdown in history, a complete psychodrama.”

Yet rather than frame this narrative as a disaster story, Robinson chooses to envision a drowned city that adapts to and capitalizes on climate catastrophe. New York here is transformed into a “SuperVenice”: an improvised urban assemblage navigated via water taxis, skybridges, airships, and private boats, many of which are docked in the flooded lower floors of skyscrapers. As the citizen later explains, “And so New York keeps on happening. The skyscrapers, the people, the what-have-yous [...] the city on the hill, the city on the island, the new Rome, the capital of the twentieth century, the capital of the world, the capital of capital...”

Depictions (imaginative and otherwise) of cities in the midst of climate change are of utmost importance for confronting the realities of rising waters today. “Cities are at the forefront of the coming climate chaos,” Ashley Dawson observes, because “their natural vulnerabilities [are] heightened by social injustice. Cities are the defining social and ecological phenomena of the twenty-first century: they house the majority of humanity, they contribute the lion’s share of carbon to the atmosphere, and they are peculiarly vulnerable to climate chaos.” And for this reason, examining how a city confronts the divisions and tensions between race, class, and gender can reveal how well it will weather the extreme storms that impinge upon our world today. 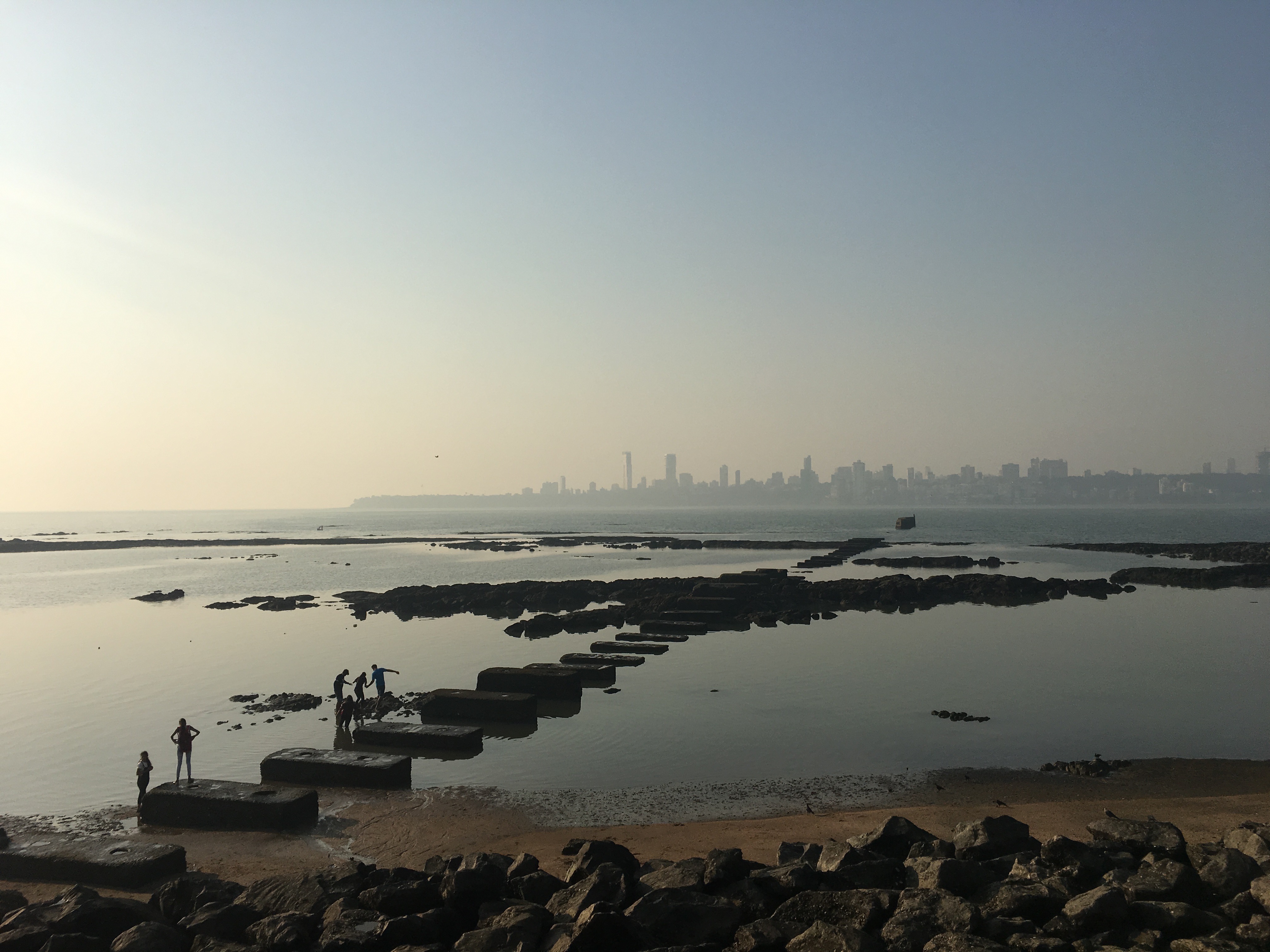 But it’s not just New York that is at risk from surging seas. Almost all of the world’s great cities are situated on or near bodies of water. Amitav Ghosh elaborates on this pattern of urban development  in The Great Derangement, where he comments on contemporary trends in settlement around the world: “proximity to the water [has become] a sign of affluence and education; a seafront location is a status symbol; an ocean view greatly increases the value of real estate. A colonial vision of the world, in which proximity to the water represents power and security, mastery and conquest, has now been incorporated into the very foundations of middle-class patterns of living across the globe.” This colonially rooted developmental strategy, according to Ghosh, threw caution to the wind, abandoning a previously widespread sense of treating the ocean with “great wariness.”

Following Robinson, Dawson, and Ghosh, then, this blog series—“Soggy Cities”—examines cities from around the globe as they reckon with the realities of rising sea-levels. The guest-contributors, each focusing on a specific site, have been asked to address three basic questions: Where? (Provide a snapshot history of the location); What? (Outline some of the historical forces that have contributed to the city’s soggy future); Who? (Who is being most affected by rising waters? And who is acting in response?) Along with creating a sense of consistency among the various posts, these questions are intended to foreground the geological, colonial, and social histories and dynamics that shape the current predicaments faced by urban spaces in light of surging seas. Participants in this series come from a diverse range of disciplinary homes: Media Studies, Germanic Languages and Literature, Biology, Anthropology, Environmental Humanities, and the creative arts. Such a mix of perspectives spotlights the different tools available to us as we learn to live in our climate-changed world and emphasizes the value to be found in thinking across and among different disciplines.

Moreover, the series also engages with and contributes to the ever-growing Schuylkill Corps archive, a public collection of research materials and engagement projects designed to document the past, explore the present, and envision the possible futures of Philadelphia's urban waters. Situating these stories within the Schuylkill Corps archive will, I hope, push us to consider the various ways that cities from around the world confront flooding in particular and specific ways—ways that are imbricated in their historical and geographically-specific relations with water. Yet my hope is that this comparative framework will also highlight the importance of reflecting on the various strategies for survival that our shared (and flooded) future will require. This blog-series will unfurl throughout the months of May and June, serving as a follow-up to the Teaching and Learning with Waters Conference at UPenn, organized by the Penn Program in Environmental Humanities. Please click here to read our first entry, by Professor Simon Richter, on the city of Semarang in central Java. 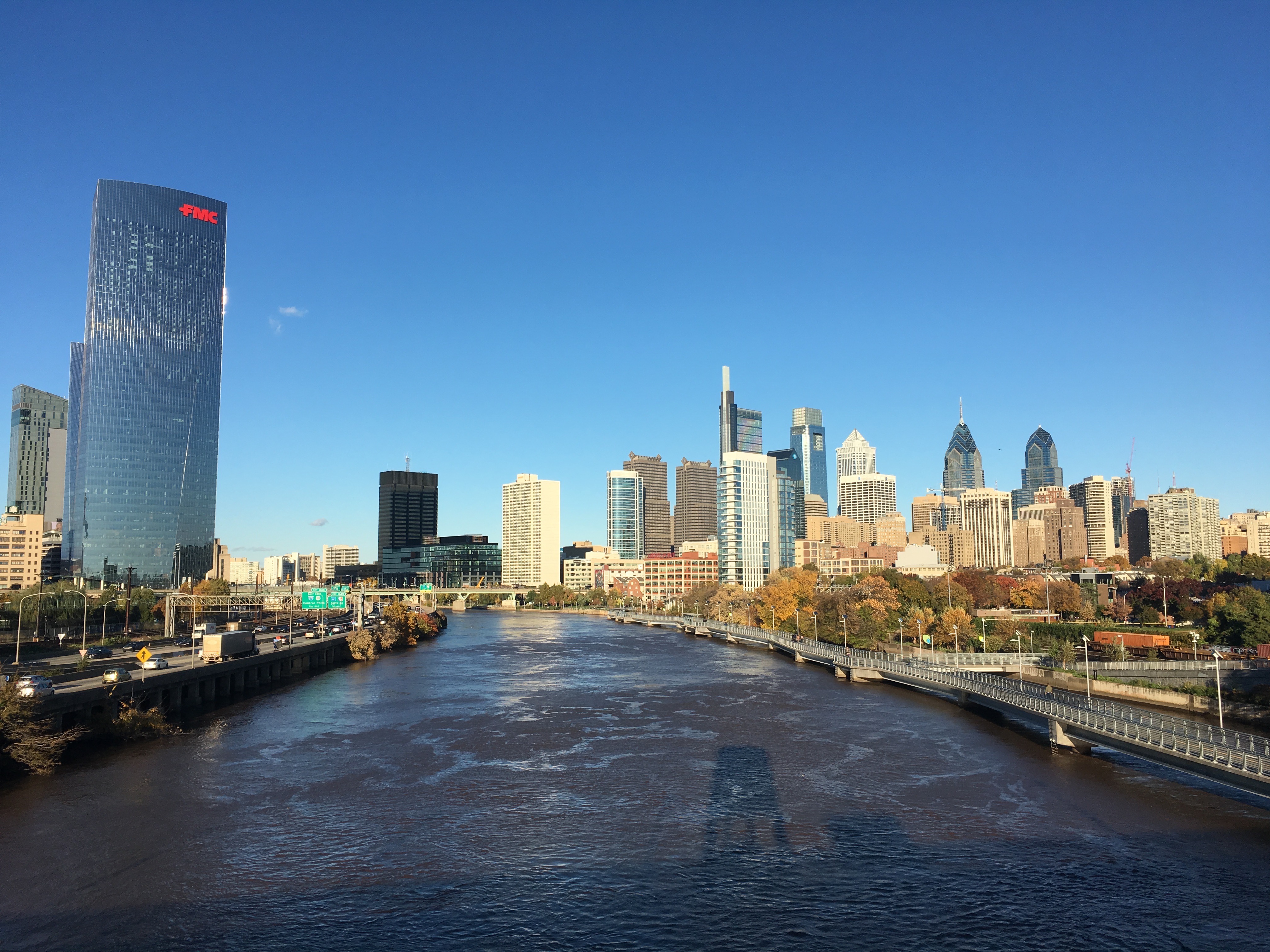 Dawson, Ashley. Extreme Cities: The Peril and Promise of Urban Life in the Age of Climate Change. Verso, 2017.

Ghosh, Amitav. The Great Derangement: Climate Change and the Unthinkable. The University of Chicago Press, 2017.

Bio: Martin Premoli is a doctoral candidate in the Program in Comparative Literature and Literary Theory. He is a 2018-2019 Graduate Fellow in the Penn Program in the Environmental Humanities. His work is focused on contemporary postcolonial and anglophone fiction, climate change, and decolonial theory.